Two years ago, a devastating fire destroyed the Doris Duke Theater, a hub of creativity and experimentation on the campus of Jacob’s Pillow, a celebrated dance center in Becket, Mass.

The site of the former theater has been mostly empty since then. But on Thursday, Jacob’s Pillow announced that it had secured a $10 million gift to rebuild the theater and turn it into a space focused on dance and technology.

“The fire was a tragic moment for everyone associated with Jacob’s Pillow,” Pamela Tatge, the center’s executive and artistic director, said in an interview. “To be looking forward now — to have this phoenix rise from the ashes and to create a place of possibility and creativity for the future — is so exciting.”

The $10 million gift, from the Doris Duke Charitable Foundation, a longtime supporter of Jacob’s Pillow, will help cover a third of the project’s estimated $30 million cost. The remaining money will come from insurance claims as well as donations from foundations and individuals, Tatge said.

The new theater, scheduled to open in 2025, will be equipped with livestreaming technology and upgraded audio systems. Tatge said the aim was to create “a nimble, flexible space to incorporate the technologies of the future.”

She said the pandemic, which brought much live performance to a halt, had shown the center the importance of using technology to reach new audiences. It will also give dancers a space to create digital art. “They need a maker space for those works,” she said.

Jacob’s Pillow’s plan to reimagine the theater as a digitally connected space helped attract the interest of the Doris Duke Charitable Foundation. (In 1997, the foundation gave a $1 million gift that granted it naming rights to the old theater, which opened in 1990.)

“They’re not just building a theater,” Sam Gill, the foundation’s president and chief executive, said in an interview. “They are building and demonstrating to the field of dance the kinds of tools and expertise and capabilities that will be required to ensure that the digital future is one that is even brighter and even more inclusive and even more exciting for dance.”

Mecanoo, an architecture firm based in the Netherlands, will serve as the lead architect.

An early morning fire on Nov. 17, 2020, destroyed the Doris Duke Theater on the 220-acre campus of Jacob’s Pillow. After investigations by state and local officials, the cause was not determined.

The center has occasionally staged performances on the site of the former theater, including during its recent summer festival.

Tags
Foundation Said Space That Will

Review: ‘The Hours’ Will Bring Renée Fleming Back to the Met

Review: ‘The Ordering of Moses’ Shines at Riverside Church 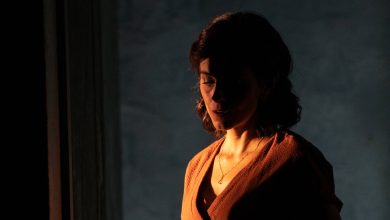 Review: In ‘Sandra,’ a Search for a Friend Leads to Self-Discovery 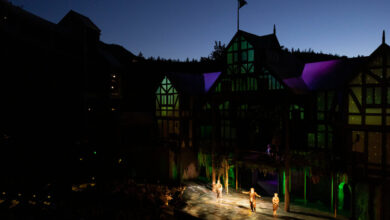 Too Darn Hot: How Summer Stages Are Threatened by Climate Change