The conductor Teodor Currentzis, who has faced scrutiny since the start of the war in Ukraine because of his ties to a state-owned bank in Russia, announced on Monday that he would form a new international ensemble with the support of donors outside Russia.

The ensemble, to be called Utopia, will bring together 112 musicians from 28 countries, many of them soloists and principal players in renowned orchestras, for a European tour that is to begin this fall and go through 2023, according to a statement. The group will rely on ticket sales as well as donations from European benefactors to finance its operations, the statement said.

Currentzis, who has made a career of defying conventions in classical music, said he wanted the new group to shake up the traditional model of orchestras, in which musicians play together for years in the same concert halls. He said in a statement that the new group would “leave behind the framework of respectable institutions which, while being blessed can also be doomed to create what could be described as a certain standardized international sound.”

“We are stepping into a more experimental field of searching for the perfect sound with masterful musicians who all crave it,” he added.

The statement did not address Currentzis’s future with his longtime ensemble, MusicAeterna, which has drawn fire for its reliance on VTB Bank, a state-owned Russian institution that has been sanctioned by the United States and other countries but remains the ensemble’s main sponsor. Representatives for Currentzis and MusicAeterna did not respond to requests for comment on Monday.

The statement did not offer details about Utopia’s European benefactors, except to say they included a private foundation called Kunst und Kultur DM.

Currentzis has faced pressure in recent months to secure financing outside Russia for MusicAeterna, which he founded in Siberia in 2004. He has also been criticized for remaining silent on the war and working with associates of President Vladimir V. Putin of Russia, including some who sit on the board of MusicAeterna’s foundation. Several of the ensemble’s engagements have been canceled or postponed since the start of the war because of concerns about the ensemble’s benefactors.

Still, MusicAeterna has pushed forward with engagements in Russia and abroad. In recent days, Currentzis, who was born in Athens but was awarded Russian citizenship by Putin in 2014, has led performances before sold-out crowds at the prestigious Salzburg Festival in Austria.

Some of his artistic partners praised his decision on Monday to form Utopia.

Matthias Naske, the artistic director of the Vienna Konzerthaus, who has said he would not engage MusicAeterna until it secured independent financing, called Utopia an important achievement. The new group will perform at the concert hall in October, during a tour that includes stops in Luxembourg and Germany.

“I am grateful to Teodor Currentzis for his commitment and look forward to many encounters with his new project in the interest of cultural life in Vienna,” Naske said in a statement.

‘My Old School’ Review: An Impostor Makes the Honor Roll 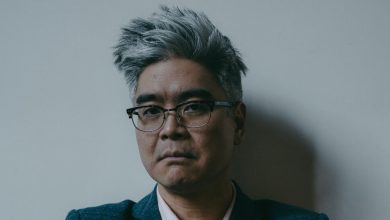