SAN TAN VALLEY, Ariz. — Buffeted by rising costs and declining interest from golfers, the Links at Queen Creek course closed two years ago after 26 years of operation. But with the demand for housing in Arizona soaring, Walt Brown Jr. saw a different fate for the 106-acre parcel of grass and palm trees southeast of Phoenix.

Mr. Brown, the chief executive of Diversified Partners, a developer in Scottsdale, Ariz., bought the property this year for $16.8 million. His new project, the Ironwood Springs Ranch, will include 172 homes on nearly 49 acres.

Across the country, developers like Mr. Brown see potential for construction on struggling golf courses. Large expanses of grass and trees sewn into the fabric of prosperous communities look like open space ripe for development. When it comes to golf courses, though, looks can be deceiving, and developers have learned to be cautious.

“You have a great piece of real estate,” said Jonathan S. Grebow, founder and chief executive of Ridgewood Real Estate Partners, a New Jersey firm that specializes in golf course redevelopment. “But after closing, it can take three, four, five years to start construction.”

Mr. Brown received county approval for his project, which will include stores, restaurants and a hotel on more than 30 acres, as well as walking trails that wind around two small lakes and through a seven-acre public park.

“We were able to work through the zoning,” he said. “After we showed residents the totality of our project, the trails and the park, neighbors were really cooperative.”

For residential developers, the opportunities are numerous: From 1986 to 2006, 4,400 new courses were built around the country, according to the National Golf Foundation, an industry research group. But since then, more than 1,000 have closed. Many others have gone on the market as revenues decline and operational expenses climb, including the high cost of water for irrigation.

That is especially true in Arizona, where every day in the summer, golf courses consume three to five acre-feet of water. (An acre-foot is the amount of water needed to cover one acre of land one foot deep, or nearly 326,000 gallons, and can cost $1,000, depending on the water source.) The state’s 302 courses use 119,000 acre-feet, or nearly four billion gallons, of water per year, according to the Arizona Department of Water Resources.

Water and other costs were an issue in the conversion of the Rancho Vistoso Golf Club, north of Tucson, into a 202-acre natural preserve. Preserve Vistoso, a community group, collaborated with the Conservation Fund, a national environmental group, to raise $1.8 million to acquire the course this year and donate it to the Town of Oro Valley.

South of downtown Phoenix, Tri Pointe Homes paid $22.6 million for the 144-acre Vistal Golf Club, which closed in 2015 after nearly 50 years of operation. Swept up in Arizona’s strong market for new housing, the plans to convert the former fairway into a multifamily development called Avance, with 394 homes, a community pool and a health center, are nearing completion. 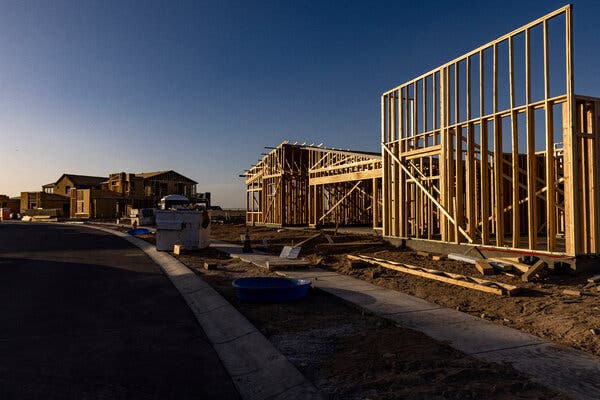 The Avance development is being built on the site of the former Vistal Golf Club, which closed in 2015.Credit…Adriana Zehbrauskas for The New York Times

Many golf courses are on the market as operational expenses climb, including the high cost of water for irrigation.Credit…Adriana Zehbrauskas for The New York Times

Ridgewood, the New Jersey developer, has collaborated with Concert Golf Partners of Florida to redevelop exclusive private golf clubs in Pennsylvania and Florida. Concert Golf buys the clubs, then renovates and takes over operations of clubhouses and recreational assets. Ridgewood buys land on the closed courses for home construction.

An example of their partnership is the Fountains Country Club in Palm Beach County, Fla. A gated community that opened in 1970, the Fountains had 1,700 residences and three courses, one of which closed. In 2018, members sold their fading clubhouse and the three courses to Concert Golf for $13 million.

Concert Golf started renovating the clubhouse and other facilities, and Ridgewood bought land on the long-closed 150-acre North Course, where construction on 318 apartments and 270 townhomes has started.

The companies are teaming up on a similar project to renovate the clubhouse and build homes on 61 acres of the closed South Course at the Philmont Country Club in Huntingdon Valley, Pa.

“It’s a strong model for helping clubs stay in business,” said Peter Nanula, chief executive of Concert Golf. “Club members who are volunteers can’t do this work by themselves.”

In overhauling the country clubs, Ridgewood and Concert Golf were able to solve a major impediment to redeveloping old and troubled courses: redesigning and installing water supply and drainage infrastructure.

“Water systems used for a golf course are much different than what is needed for new homes and businesses,” said Brent Billingsley, community development director for Pinal County, Ariz. “The cost to make the change is significant.”

In Phoenix, the owner of Ahwatukee Lakes Golf Course closed the course in 2013 after struggling with escalating costs for water and other operational expenses and left fairways, greens and lakes in disrepair. Neighbors objected to several buyers and their plans for new housing and sued to reopen Ahwatukee for golf.

In 2018 and 2019, two Arizona courts ruled in favor of the plaintiffs and set a September 2022 deadline for the original owner to restore the course and fully resume its original purpose. (One court found the site had been closed in violation of a covenant.) Nine holes have already been restored.

In another example nearly five years ago, Ridgewood Partners paid $13 million for the 108-acre Elmwood Country Club in Greenburgh, N.Y. According to the town’s zoning rules, Ridgewood had the authority to build 119 single-family homes on the parcel. Mr. Grebow, the chief executive, proposed a zoning change to allow 175 townhomes on a portion of the site and devote the rest to open space, including making eight acres available for a public park.

The Greenburgh Conservation Advisory Council opposed the idea because it would increase housing density in an area zoned for single-family homes. Mr. Grebow countered with a proposal to reduce the number of townhomes to 159, but the Town Board rejected the zoning change last month and recommended a plan for 113 homes and the park.

“We believe our proposal was the best use of the land,” said Mr. Grebow, who is proceeding and will develop 113 units. “But the community felt that the increase in density didn’t outweigh the benefits.”

Mr. Brown, the Arizona developer, also knows the frustration of community resistance. In 2020, he paid $4.5 million for the Calumet Country Club in Homewood, Ill., a Chicago suburb, with plans to convert the 121-year-old course, which lies near Interstates 80 and 294, into a logistics center for warehousing and fulfillment.

But the idea attracted formidable opposition from Homewood residents who objected to an expected increase in truck traffic. They want the course to be converted into a public park.

“It is an unneeded development in an over-industrialized part of Chicago where we have very little green space,” said Liz Varmecky, founder of South Suburbs for Greenspace, a community group.

In 2020, residents persuaded the Village Board to turn down Mr. Brown’s application for a zoning change. Since then, he has kept the course open. After suing to have the country club site de-annexed from Homewood, Mr. Brown submitted a different development plan for the 128-acre course to the Cook County Board of Commissioners.

The new proposal calls for renovating the clubhouse, adding industrial space for a construction trades training center, building a retail center with restaurants and a hotel, and developing 30 acres of open space with walking trails.

“We’ve made a lot of progress,” said Mr. Brown, who anticipates county approval this year.

‘The Hour Is Later Than We Thought’: Thousands Gather at Marches for Abortion Rights

Demand for This Toad’s Psychedelic Venom Is Booming. Some Warn That’s Bad for the Toad.