SEATTLE — Among the thousands of mail-in ballots that were rejected in Washington State during the 2020 election, auditors have found that the votes of Black residents were thrown out at a rate four times higher than white voters.

The rejections, all of them because of problematic signatures, disqualified one out of every 40 mail-in votes from Black people — a finding that already is causing concern amid the national debate over voter access and secure balloting. Washington, a state with broad experience in mail-in balloting, found that rejection rates were also elevated for Native American, Hispanic, and Asian and Pacific Islander voters.

State officials said there were no signs that ballots cast by Black or other minority voters were knowingly singled out by poll workers, or that any of the ballots were deliberately falsified; the rejections were a result of signatures that were missing or did not match those on file, a possible result, the officials said, of voter inexperience, language problems or other factors.

“It’s not acceptable, quite frankly,” said State Auditor Pat McCarthy, a Democrat, whose office conducted the audit. She urged election officials to take steps to address the disparities.

The findings in Washington State mirror mail-ballot research that has been conducted in other states in recent years, including Georgia and Florida. But they are crucial in a state like Washington, which in 2011 became the second state to adopt all-mail balloting, behind Oregon. Mail-in voting has been an option for all statewide elections since 1991.

Turnout in states with all-mail balloting has been among the nation’s highest, and is often seen as a key to attracting voters who may not otherwise cast ballots because of the challenges of work, child care or transportation. It has become an increasingly popular option during the pandemic, with 43 percent of voters around the country casting their ballot by mail during the 2020 general election.

Republicans have passed legislation in recent months to curtail mail voting, expressing concerns that mail ballots may be more vulnerable to fraud, intimidation or loss in the mail. President Donald J. Trump falsely claimed that mail elections would be rigged by ballots printed in foreign countries and children raiding mailboxes. Washington and other states with all-mail voting have seen little evidence of fraud, noting the bar codes, tracking and data-verification systems used to monitor ballots both before and after the election.

Democrats and voting rights advocates have called for making the mail ballot option more readily available, and a growing number of states have done so.

Eight states now send every voter a mail-in ballot by default, even as many of them continue to operate in-person polling places. Some states have allowed mail-in balloting for county or city elections. All states have some option for absentee ballots for voters who cannot make it to the polls on Election Day.

LaTosha Brown, a co-founder of the organization Black Voters Matter, said mail balloting is critical for expanding access, including to Black voters, who historically have faced legal and practical impediments to voting. She said it was essential to address the widespread rejection seen of mail ballots.

The ballot rejections initially disqualified one out of every 40 mail-in votes from Black people.Credit…Ted S. Warren/Associated Press

In Washington State, counties mail ballots to all voters about three weeks before an election. Voters have until Election Day to fill out the ballot, sign the envelope and return it — either in one of a series of drop boxes or by mail, as long as it is postmarked by Election Day. Election officials check the voter’s signature on the envelope against voter registration records to ensure a match and then process the ballot for counting.

Auditors found nearly 29,000 ballots that were rejected for various signature problems in the 2020 general election — either the signature was missing or it did not match what was on file. Looking for signs of bias, the state examined thousands of accepted and rejected signatures more closely, but the auditors largely agreed with the decisions that county election workers made and found nothing in the way the ballots were reviewed that would explain the disparity.

Other groups that had higher rejection rates were men, younger voters and less-experienced voters of all races and ethnicities. The audit also found that rejection rates varied by county, a difference the auditors said could reflect varying degrees of strictness in matching signatures.

Young voters who frequently vary their signatures and language barriers for some racial and ethnic groups could also explain some of the rejections, the auditors said.

Ms. McCarthy recalled that her own ballot was once rejected with a mismatched signature, with one featuring a shortened version of her first name and one her full name plus a middle initial.

Election officials are supposed to notify voters to give them an opportunity to resolve discrepancies. The audit focused on ballots that did not get resolved.

The disparities found in other states with rejected ballots mirrored those found in Washington. Researchers examining mail-in votes from the 2018 election in Georgia found that racial and ethnic minorities were more likely to have their on-time ballot rejected compared with white voters. Similar disparities were found during the 2018 election in Florida by researchers working with the American Civil Liberties Union, a review that also found disparities for younger voters, first-time voters and military personnel. Journalists have found similar trends in North Carolina and Colorado — and previously in Washington State.

Last year, two advocacy groups filed suit against a few counties in Washington State alleging discrimination against Latino voters and other racial minorities because of a comparatively higher rate of rejection of ballots from voters with Latino names. A Latino judge in the case recused himself, noting that his own ballot signature had been initially rejected during the previous election.

Ms. McCarthy, the state auditor, said she remained a strong supporter of mail-in voting, and said the audit that identified the disparities was one attempt to continue improving the voting system.

Her office’s report recommended that counties educate voters on the importance of having a matching signature, including an explanation of the signature-matching process, with targeted efforts among communities with higher rejection rates. It also suggested collecting several signature samples from each voter and renewing efforts to help voters fix mismatch problems when they arise.

Ms. Brown, the Black Voters Matter representative, said she would like to see the elimination of signature-verification checks altogether, saying that the process introduced the possibility of biased decisions from those who review the ballots, and also posed challenges for people who have changed how they write their names.

Robert Stein, a political science professor at Rice University who specializes in voting and elections, said some researchers have explored using personal identification numbers instead of signatures to avoid mismatch problems. But he said the core of the problem was probably inexperienced voters who made mistakes on their ballots.

“The question is, what can the state do to improve that?” he said.

‘What Are We Supposed to Cut Back?’ Britons at Risk as Fuel Bills Skyrocket. 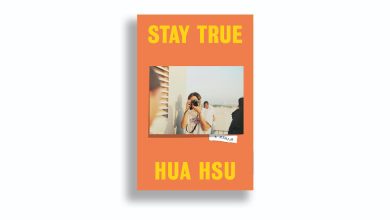