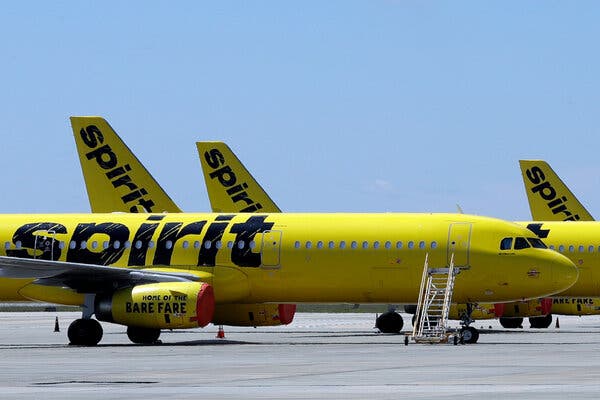 A fight is brewing over the future of the budget carrier Spirit Airlines that could give rise to a credible competitor to the industry’s “Big Four.”

In February, Frontier Airlines and Spirit announced plans to merge, promising to create a national budget airline that would help keep fares low. But this week, JetBlue Airways swooped in with a $3.6 billion all-cash bid for Spirit, a significantly higher offer than Frontier’s cash-and-stock deal. Late yesterday, Spirit said it would start talks with JetBlue to assess the merits of its bid.

The deal is the latest example of a bidding war in which antitrust scrutiny plays a leading role. Frontier’s bid for Spirit is lower than JetBlue’s, but Frontier argues that its deal offers more regulatory certainty, given that JetBlue is bigger and focuses on higher-priced fares. This is a sign of the times — see the fight over the Kansas City Southern railroad — as policymakers focus on the impact of deals on economic inequality, inflation and wages (more on that below).

“Both deals present a new challenge to antitrust agencies,” said Paul Denis, who represented US Airways in its merger with American Airlines, and previously worked at the Justice Department. A review of any deal involving Spirit would explore whether there is a “unique rivalry” among lower-cost carriers. After waves of consolidation among larger legacy airlines, American, Delta, United and Southwest have a combined 66 percent share of the U.S. market. Frontier-Spirit would control 8 percent, while JetBlue-Spirit would account for 10 percent.

Breaking down the two deals:

A new face on the Supreme Court. Judge Ketanji Brown Jackson was confirmed on a 53-to-47 vote in the Senate. This summer, she will become the first Black woman to serve as a justice in the 233-year history of the high court, but the basic dynamic of the nine-member court will remain unchanged, dominated by six Republican appointees.

Tesla will begin production of its Cybertruck next year. ElonMusk unveiled the electric truck, originally slated for a 2021 rollout, for the second time at an event in Texas. In other Musk news, Twitter’s C.E.O. Parag Agrawal will host a town hall for employees with Musk, whose invitation to join the social media company’s board has reportedly generated unease.

Walmart raises truckers’ starting salary to as much as $110,000 a year. The pay bump, from $87,500, comes as companies deal with a shortage of long-haul truckers. Relatedly, the video game developer Activision agreed to convert 1,100 of its temporary employees to full-time status, a sign that workers might be gaining more bargaining power.

Former President Donald Trump faces a contempt charge and continued investigation in New York. Letitia James, the New York State attorney general, asked a judge to hold Trump in contempt for failing to turn over documents in the state’s civil investigation into his businesses. And Alvin Bragg, the Manhattan D.A., spoke publicly for the first time since taking office about his criminal investigation into Trump.

As early as this afternoon, Netflix, Disney, Amazon and Apple will face a big new competitor in streaming, with the mega-merger of Discovery and WarnerMedia expected to close, forming a new company called Warner Bros. Discovery. The combined group will have roughly 40,000 employees and nearly $50 billion in annual revenue.

The blockbuster deal brings together a major movie studio, responsible for franchises like Harry Potter and Batman, with TV production units, including TLC, HGTV, and Food Network, and the news network CNN. Over time, the companies’ streaming services, HBO Max and Discovery+, are expected to combine into one platform.

The merger presents significant new challenges for David Zaslav, who has been leading Discovery for 15 years and will be the C.E.O. of Warner Bros. Discovery, and his new leadership team:

“The sociopathic grandpa from Omaha. He’s enemy No. 1.”

— Peter Thiel, the billionaire investor, on Berkshire Hathaway’s Warren Buffett. Thiel was speaking at a Bitcoin conference in Miami, where he said that Buffett, JPMorgan’s Jamie Dimon and BlackRock’s Larry Fink were among the key figures holding back cryptocurrencies.

Who broke the wheat market?

In early March, the market for wheat stopped working. Trading was halted, restarted and halted again. Prices for a key futures contract were essentially frozen because there were no buyers or sellers. It went on for days.

The market is functioning again, but wheat traders are still trying to piece together what happened, The Times’s Emily Flitter reports. Here are some of the theories:

Many C.E.O.s cite rising energy costs, snarled supply chains and other factors for stubbornly high inflation. But some in progressive policymaking circles say there is another reason prices are rising: profiteering by dominant firms.

Short-term factors like conflict and Covid give executives cover for raising prices, but a longer-term problem is that it is “nearly impossible” to prove price-fixing because of weakness in the law, said Krista Brown of the American Economic Liberties Project, an antitrust advocacy group. The group is proposing model legislation to address what it calls “collusive pricing behavior.” DealBook got a first look at it.

No explicit agreement is needed to create a “shared monopoly,” the A.E.L.P. said. Executives at dominant companies in highly concentrated industries talk up their pricing power on earnings calls, essentially inviting other companies to collude, Brown said. Yet proving price-fixing under current law is tricky, as the economist Hal Singer testified at a congressional hearing this week. A.E.L.P. believes five legal “tweaks” could address this:

Could this idea gain momentum? The Biden administration has talked about antitrust enforcement as a means to combat rising inflation. The U.S. Chamber of Commerce said this is an “excuse to overregulate,” and a recent survey of economists found that most disagreed that corporate concentration is driving up prices.

We’d like your feedback! Please email thoughts and suggestions to [email protected] 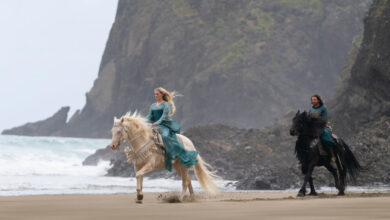 ‘The Rings of Power’ Review: Shiny, Not Yet Precious 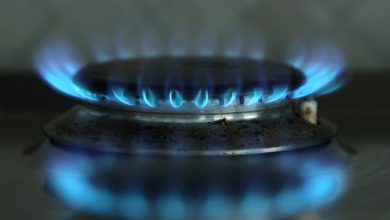 A Plea From German Brewers: Bring Back Your Empties