In “Gudetama: An Eggcellent Adventure,” a new live-action and animated series on Netflix, an ambitious television producer thinks he’s stumbled onto the perfect subject for a show: a sentient egg on a journey to find its mother. That egg is Gudetama, a cartoon character that skyrocketed to international fame after Sanrio introduced it in 2013, not long after Hello Kitty, its biggest star, started to underperform.

Gudetama is a genderless egg with a sad face and a shiny yellow butt. They want nothing and they do nothing. They laze around, complain and feel very little besides emptiness and ennui. Gudetama is essentially a burnout, a slacker, a malingerer, crushed under the weight of their own melancholy.

They appeared when Sanrio held a contest to strategically develop new food characters, which the company hoped would connect with a new generation of food-obsessed consumers. Though Gudetama wasn’t the original winner, they quickly became a fan favorite.

I was inexplicably delighted by early images of this miserable little egg who could barely cover themselves with a blanket of bacon. And I found it charming that they were so joyless and hopeless and completely without opinions or ambitions, except to be left alone to squelch and loll in their own malaise.

Gudetama, seen here in a mall in Shanghai, turns 10 next year.Credit…Imaginechina Limited/Alamy

“Laziness is more than an emotion,” reads the introduction of Gudetama’s official cookbook, which was published last year. “It’s a state of being.” On the cover, Gudetama is slumped on the kitchen counter wearing a chef’s hat, resting their head on a tiny arm, too tired or too bored to finish what they started.

While Gudetama’s cute antiproductivity and anticapitalist vibes have helped market an array of branded products — cookbooks, plush toys, Happy Meals, ramen, bedsheets — adventure is a harder sell. The sluggishness that defines Gudetama makes it challenging for them to step up as a traditional protagonist. How can you go on an adventure when you never take action? How can you move a big, flashy story forward when obstructing the formation of any plot is your whole deal?

In 2019, the Netflix show “Rilakkuma and Kaoru” solved a similar problem, building an extraordinary series around San-X’s popular character Rilakkuma, a brown bear also known for his idleness (and his boundless appetite for dango and other snacks). The beautiful stop-animation drew on the quiet day-to-day lives of an office worker and her animal roommates, living in a small apartment building in Japan. The show was sweet, soothing and unexpectedly moving.

The Gudetama series doesn’t work out its puzzle as elegantly, and the story line is forced at every turn by an energetic young chick named Shakipiyo who ropes the disinterested Gudetama into a “mommy quest.” The show still offers delightful moments though, in the darker, more absurd Gudetama-focused vignettes reminiscent of the weird, low-budget shorts that run on Sanrio’s YouTube channels.

In one scene, eggs chug tiny bottles of soy sauce and snooze on thick slices of Japanese milk bread as a pudding sings onstage and dancing eggs give up on their half-learned choreography. And in a nine-minute episode, Gudetama falls languorously from an office window 43 stories up. They use their own egg white as a parachute and, later, a kind of lounge chair.

As they fall, Gudetama has sleepy, surreal conversations with other dejected foods inside the building, including an egg salad sandwich, a bubble of mayonnaise, a piece of cake and some hard-boiled egg slices. Time is drawn out like syrup. Gudetama experiences the downward hurtle as a kind of grim spiritual revelation, and calmly accepts their ending. They picture themselves floating through space, already removed from the world.

As a character, Gudetama embodies elements of kawaii, the Japanese culture of cuteness, though nihilistic, disturbing and flat-out gross elements are equally important parts of their branding. In Gudetama-themed restaurants and pop-ups, it’s common to see steamed bun fillings ooze from the character’s butt crack or wincing mouth.

Gudetama doesn’t take much action, but Shakipiyo, a freshly hatched chick, insists on their quest.Credit…Netflix

Gudetama’s attitude of not caring about anything and “going with the flow” can be extreme, to their own detriment and even obliteration. But while Gudetama exhibits symptoms of depression, they never have to suffer its repercussions. Whether they end up fried, steamed, boiled, microwaved, coddled, poached or baked, they are eternally rebooted: a frivolous, freshly hatched egg with endless possibilities to reject and absolutely no lessons to learn.

In the new series, sulfurous purple plumes appear when eggs begin to turn, approaching their expiration dates, and Gudetama is starting to stink. While it’s meant to push the story forward and force them to make a choice, Gudetama is, as always, resigned to their fate.

In the strained, self-aware narrative, in which a television producer is frustrated by a listless egg, the anxieties over Gudetama’s expiration make more sense as representing those of the Sanrio Corporation, where executives live in dread of the looming and inevitable decline of their character’s market power. Gudetama is, after all, far too lazy to fret over their own shelf life — that sounds like someone else’s job.

Tags
Egg New That With 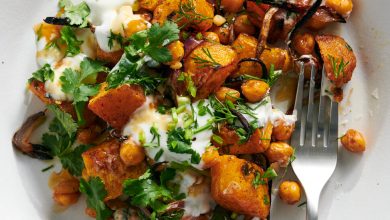 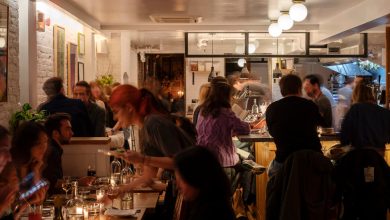 What Is a Wine Bar, Anyway? 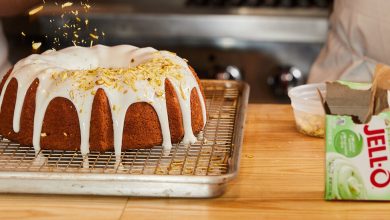 The Power of Instant Pudding Mix