All night long, in increasingly imaginative ways, a chef tells diners that they’ve chosen the wrong guy — the wrong world! — to worship. Here’s the problem: No one believes him.

These diners are used to theatrical dining rooms and V.I.P. culture. They’re used to long, $1,000 fine-dining dinners, and being waited on by a staff that has researched them ahead of time, and kept detailed notes on their personal and professional lives, preferences and behavior.

They’re used to being watched and accompanied everywhere they go, including the bathroom. They hardly blink when they’re shown around the restaurant property, only to see that workers sleep together in a crowded barracks. The extreme inequality is unremarkable.

Even before things turn violent, “The Menu,” which opened in theaters last week, and “Fresh,” now streaming on Hulu, use horror to magnify the kinks and distortions of luxury dining, and the deceptions that can be necessary to enjoy them.

In “The Menu,” Julian Slowik is the chef of a remote fine-dining restaurant who seems almost in control of his unraveling, played with a cold, hypnotic severity by Ralph Fiennes. The diners are sketches of types who might surround you at dinner — if you booked the tasting menu at an exclusive, three-Michelin-starred restaurant.

This means a trio of interchangeable finance bros who came here to party, a puffed-up restaurant critic who loves to hear herself talk and a couple of old, blunted moneybags, barely awake to each other, let alone to the sensual experience of eating and drinking — the food blurs together, receding in real time, disappearing from memory before they can finish chewing.

In “The Menu,” Nicholas Hoult plays an excited food lover who has seen every episode of “Chef’s Table.” Credit…Searchlight Pictures

“The Menu” is deeply cynical about the nature of service and hospitality. Slowik sees no way forward for himself, or fine dining. He divides the world into “those who give and those who take” and sees that relationship as one of endless, irreversible reciprocal damage — poisonous, warped, hopeless. And though he considers himself one of the givers, in the same group as his workers, he doesn’t sleep in the barracks with them.

Hawthorn, the fictional restaurant in “The Menu,” satirizes fine dining, as well as the people who enjoy it.Credit…Searchlight Pictures

“He’s insulting you,” Margot says when the bread course arrives — without any actual bread. “No, no, no,” Tyler insists. “He’s telling a story!” As it turns out, they’re both right.

In “The Menu,” the chef is a psychopathic authoritarian commanding an army of cooks to execute his dark vision of moral absolutism and retribution. As satire, it might be stronger if those cooks didn’t remain nameless, faceless and mostly without lines. Instead, the film focuses on the increasingly frantic diners, occasionally nudging the audience to see it from the chef’s point of view: He wasn’t always a monster! He became a monster through years of devoting himself to pleasing rich people. Now, like them, he’s completely numb to the pleasures of his craft.

Though the characters don’t directly reference the news, the world off the island is essentially ours right now. The restaurant business is fragile, dysfunctional and possibly in the midst of an upheaval as abusive chefs like Slowik are in and out of court for sexual assault, vulnerable workers find power in unionizing and stories about the dangers of meat-processing plants make national headlines. But the takeaway of Slowik’s breakdown in “The Menu” is that change isn’t possible. The whole system has to be burned down.

In “Fresh,” Mimi Cave’s feature debut, a woman gets tangled up in an even more gruesome business that feeds the rich. Noa, played by Daisy Edgar-Jones, is single, and having terrible luck on the dating apps when she meets a nice guy at the grocery store. Steve, played by Sebastian Stan, is handsome, charming, a great cook — and a doctor!

In “Fresh,” Noa, played by Daisy Edgar-Jones, meets her predatory boyfriend in the supermaket.Credit…Hulu

But he’s only pretending to be a doctor. Steve kidnaps women and imprisons them in his basement, cutting, packing and selling them off piece by vacuum-sealed piece to a clientele he describes as the “1 percent of the 1 percent.” He’s a serial killer who thinks of himself as a high-end butcher.

There are nightmarish scenes of body-horror, though the most ordinary, familiar images of food are in some ways more repulsive. When Noa plays along with Steve in order to survive, she’s offered a meatball in tomato sauce and a smear of grainy pâté on toast. The scene is stomach-churning as Noa suppresses the disgust of knowing how the meat got to her plate so she can take a bite. It’s the most extreme version of a familiar self-deception.

Sebastian Stan plays a serial killer who thinks of himself as a high-end butcher, catering to the desires of the 1 percent.Credit…Hulu

As a feminist critique of the meat industry, “Fresh” has a dark sense of humor. “Don’t stress,” Steve says to his victims as he leaves them in their cells, “it’s not good for the meat.” He seems like exactly the kind of guy who might casually bring up Carol J. Adams’s book “The Sexual Politics of Meat” in a conversation about why he doesn’t eat animals, when really, he just thought the cover, with its butcher diagram of a woman’s body, looked cool.

The film treats cannibalism as an elite fetish among extremely wealthy men, who prey exclusively on women, and who like their meat delivered with pieces of their victims’ lingerie. Like Tyler in “The Menu,” their curiosity is misdirected, but they get off on knowing more about their food.

Though we only see Steve’s clients in cartoonish glimpses, it’s clear they don’t want to pretend they don’t know the cost of what they’re eating. They want to know the name of the woman who was exploited, and they want to see her photo. The horror here is that however terrible the price, being able to afford it is what makes the food special.

Tags
Meat See That Who With 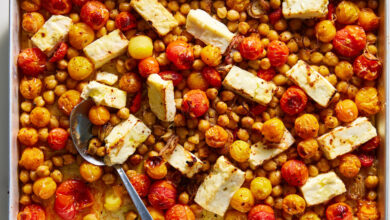 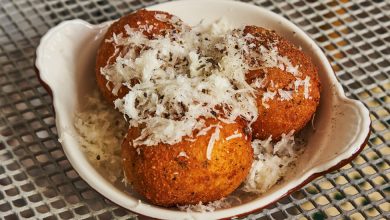 While Everyone’s Out of Town 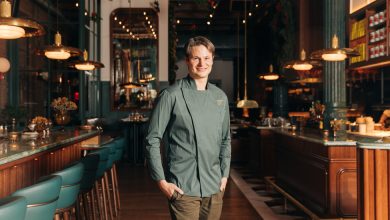 Torrisi Bar & Grill, From the Carbone Team, Opens in SoHo 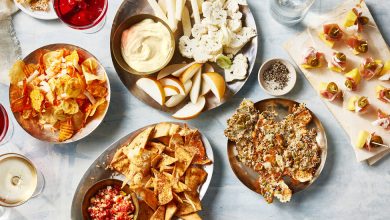