GUANTÁNAMO BAY, Cuba — The Biden administration on Monday repatriated to Saudi Arabia for mental health care a prisoner who had been tortured so badly by U.S. interrogators that he was ruled ineligible for trial as the suspected would-be 20th hijacker in the Sept. 11 attacks.

The prisoner, Mohammed al-Qahtani, in his 40s, is the second to be transferred from the wartime prison under the administration.

A government panelrecommended recently that Mr. Qahtani, who had spent 20 years at Guantánamo Bay, be released after a Navy doctor advised that he was too impaired to pose a future threat — particularly if he was sent to inpatient mental care. The doctor last year upheld an independent psychiatrist’s finding that Mr. Qahtani suffered from schizophrenia and post-traumatic stress disorder, and could not receive adequate care at the U.S. military prison.

His long-serving lawyer, Shayana Kadidal of the Center for Constitutional Rights, said the transfer was long overdue.

“For 14 years I’ve sat across from Mohammed as he talks to nonexistent people in the room and makes eye contact with the walls — something that’s been a constant part of his life since his teens,” Mr. Kadidal said. “It’s an extraordinary relief that the next time the voices in his head tell him to swallow a mouthful of broken glass, he’ll be in a psychiatric facility, not a prison.”

Mr. Qahtani’s case was controversial to the end. Three Republican senators asked the president last week in a letter to halt all transfers from Guantánamo, and in particular to keep Mr. Qahtani at the prison. “We are concerned that he may try to resume terrorist activity once released from U.S. custody,” wrote Senators James M. Inhofe of Oklahoma, Jim Risch of Idaho and Marco Rubio of Florida.

The U.S. military airlifted Mr. Qahtani from remote Guantánamo on Sunday, soon after the clock ran out on the 30 days’ notice Congress requires for a detainee transfer. In an unusual move, the Saudi government did not send its own aircraft to retrieve him, which delayed the announcement of his release until the U.S. military transfer operation was complete.

Mr. Qahtani’s notoriety is linked to his attempt to enter the United States on Aug. 4, 2001, when an immigration inspector at the airport in Orlando, Fla., turned him away. U.S. authorities later discovered that he was to be met there by Mohamed Atta, a ringleader of the attacks that were carried out by 19 hijackers and killed nearly 3,000 people in four almost simultaneous hijackings the next month.

Mr. Qahtani found his way to Afghanistan and was captured along the Pakistani border in late 2001. At Guantánamo, the U.S. military isolated him while nude, disoriented and sleep-deprived in a wooden hut at Camp X-Ray in late 2002 and early 2003, and questioned him brutally and relentlessly. A senior Bush administration official later concluded that the torture made him ineligible for prosecution. Later, his lawyers disclosed that he had sustained a traumatic brain injury as a youth in Saudi Arabia and then was diagnosed with schizophrenia there, circumstances that also could have made him ineligible for trial.

The transfer follows the repatriation in July of a Moroccan man, Abdul Latif Nasser, whose release was mostly arranged in the dwindling days of the Obama administration but was never acted upon by the Trump administration.

In a statement announcing Mr. Qahtani’s release from Guantánamo, the Pentagon thanked Saudi Arabia and other partner countries for supporting U.S. efforts to reduce the prison population with the goal of ultimately closing the facility.

“After two decades of indefinite detention, Mr. Qahtani finally has a chance to heal from the torture he suffered, receive mental health care Guantánamo can’t provide and hopefully one day reclaim his life,” said Scott Roehm, the Washington director of the Center of Victims Against Torture. “His transfer is a welcome incremental step, but the Biden administration needs to act much faster and more comprehensively to close Guantánamo than it has so far.”

The transfer left 38 detainees at Guantánamo, half of them approved for release if the State Department can reach security agreements with receiving countries that satisfy the secretary of defense. Of the rest, 12 have been charged with war crimes, including two men who have been convicted.

The other seven are held as “law of war” prisoners, essentially detained indefinitely because the United States considers them too dangerous to release. Their cases are reviewed periodically by a U.S. government panel, which can recommend a transfer with certain security measures, including restrictions on travel or to detention in overseas prisons. 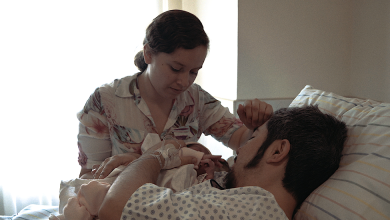 A Trans Man in Mexico Forges His Own Path 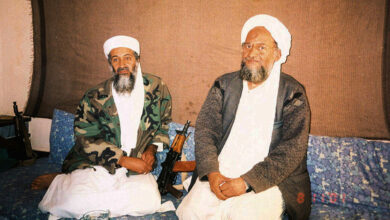 Biden Appeared to Overstate the Role of Al Qaeda’s Leader 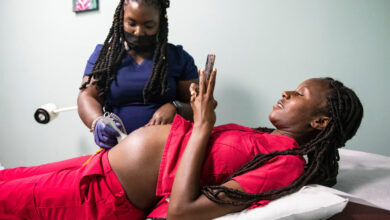 In Mississippi, a Post-Roe Question: What Will Republicans Do to Help New Mothers? 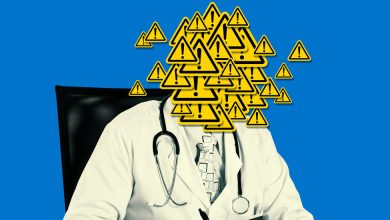