WASHINGTON — One senator asked Judge Ketanji Brown Jackson, President Biden’s Supreme Court pick, how religious she was “on a scale of 1 to 10.” Another asked her to define the word “woman.” A third wanted to know if babies are racist.

Supreme Court confirmation hearings have long been criticized as empty rituals, or worse. But the complaints have mostly focused on nominees’ failure to answer questions about how they would rule.

The questioning this week has been different and marked by increasing partisan warfare, with Republicans seizing the chance to introduce conservative grievances they intend to press in the midterm elections, including opposition to critical race theory and transgender women in sports.

“One thing that is striking about this hearing is how little effort we are seeing to engage the nominee on her views about actual legal issues,” said Lori A. Ringhand, a law professor at the University of Georgia and an author of “Supreme Court Confirmation Hearings and Constitutional Change.”

Democratic senators have focused many of their questions on Judge Jackson’s credentials and biography, while Republicans have asked about her work as a public defender, whether some of the sentences she meted out as a trial judge were too lenient and what children should be taught about critical race theory.

Questioning at earlier confirmation hearings, by contrast, tended to focus on the nominee’s views on whether there is a constitutional right to abortion and about the other pressing legal issues of the day.

To be sure, the nominees almost uniformly evaded giving definitive answers. But the questions gave them the opportunity to demonstrate their familiarity with the relevant decisions, statutes and doctrines, and lent the proceedings something like a tone of intellectual seriousness.

That tone was often absent in Judge Jackson’s hearings. Two decades ago, Justice Neil M. Gorsuch, then a lawyer in private practice, presciently wrote that the modern confirmation process threatened to become “an ideological food fight.”

Supreme Court nominations have, of course, long been the subject of partisanship and acrimony. Republicans blockaded the nomination of Judge Merrick B. Garland in 2016; Justice Kavanaugh in 2018 heatedly denied accusations of sexual assault; and, in the waning days of the Trump administration in 2020, Republicans rushed to confirm Justice Barrett.

The old complaint about confirmation hearings was that the nominees were insufficiently responsive. Professor Ringhand said it was difficult to assess Judge Jackson’s performance by that metric.

“It is hard to evaluate how responsive she is being relative to other nominees, because so few of the senators’ comments are asking concrete questions about legal issues,” she said. “Instead, we are seeing senators using their time to air disputes with each other, and with the president. That type of bickering always plays some role at the hearings, but there seems to be much more of it this time.”

Paul M. Collins Jr., a political scientist at the University of Massachusetts, Amherst, and the other author of the book on confirmation hearings, said Judge Jackson was no more responsive to questions on her legal views than earlier nominees had been.

“Judge Jackson took very few solid positions on anything remotely controversial,” he said, adding that Justice Barrett, who was confirmed in 2020, may have served as her model.

“In fact,” Professor Collins said, “it seems she closely studied how Justice Barrett handled the committee, and repeatedly referred to Barrett’s responses when dodging the senators’ questions.”

At her own confirmation hearing, Justice Barrett cited the so-called Ginsburg rule, named for Justice Ruth Bader Ginsburg, who died in 2020 and whose seat she went on to fill.

Questioned by senators in 1993, Justice Ginsburg distilled the responsibilities of nominees into a pithy phrase: “no hints, no forecasts, no previews.”

The practice of studied evasion can be traced back to the Senate’s rejection of Judge Robert H. Bork in 1987. His confirmation battle was a turning point in a process that has become increasingly politicized.

Nominated by President Ronald Reagan, a Republican, Judge Bork gave extensive answers to the senators’ questions that opened him to attacks as holding views outside the legal mainstream.

The Senate, which was controlled by Democrats, defeated the nomination by a 58-to-42 vote. That was the largest margin by which it had ever rejected a Supreme Court nomination, and it was the last time the Senate voted down a nominee for the court.

In a 1995 book review, Justice Elena Kagan, then a law professor, said there was a lot to like about Judge Bork’s approach.

“The Bork hearings presented to the public a serious discussion of the meaning of the Constitution, the role of the court and the views of the nominee,” she wrote. “Subsequent hearings have presented to the public a vapid and hollow charade, in which repetition of platitudes has replaced discussion of viewpoints, and personal anecdotes have supplanted legal analysis.”

Judge Robert H. Bork testifying during his confirmation hearing in 1987. The fight over his nomination was a turning point in a process that has become increasingly politicized.Credit…Jose R. Lopez/The New York Times

Professor Ringhand broadly agreed. “The hearings are at their best when senators ask real questions about law, and nominees take the opportunity to explain their perspectives,” she said. “We have seen flashes of this, such as when Judge Jackson talks about her judicial methodology, or her work with the sentencing guidelines.”

But the Jackson hearings lacked a theme, Professor Collins said.

“The Republicans did seem to coalesce around three main themes over the course of the hearings: that Judge Jackson is soft on crime, that she has an underdeveloped judicial philosophy and that she is the product of a left-wing dark-money campaign to get her on the bench,” Professor Collins said.

Supreme Court nominations are committed to the political branches of the government, meaning they are political by constitutional design. But politics used to be subtext, not front and center.

Partisanship in confirmation hearings can only hurt the Supreme Court’s authority and legitimacy, Chief Justice Roberts said in 2016.

“When you have a sharply political, divisive hearing process, it increases the danger that whoever comes out of it will be viewed in those terms,” he said. “If the Democrats and Republicans have been fighting so fiercely about whether you’re going to be confirmed, it’s natural for some member of the public to think, well, you must be identified in a particular way as a result of that process.”

“We don’t work as Democrats or Republicans,” he said, “and I think it’s a very unfortunate impression the public might get from the confirmation process.”

If Judge Jackson is confirmed, as seems likely, it will be by a very close margin, one that may require a tiebreaking vote from Vice President Kamala Harris.

A Gallup poll released on Wednesday found that 58 percent of Americans supported Judge Jackson’s confirmation, the highest level since that for Chief Justice Roberts in 2005.

But the support was divided along partisan lines, with 88 percent of Democrats and 31 percent of Republicans saying the Senate should confirm Judge Jackson. 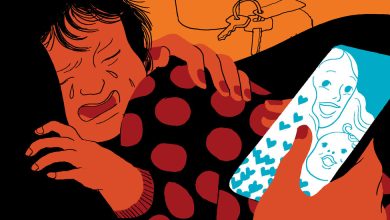 Why Are Momfluencers So Good at Worming Their Way Into Your Brain? 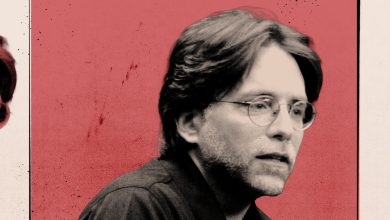