At exactly 8 o’clock the call went out. “Tennis time!”

This is what players hear every weekend, every hour on the hour between 8 a.m. and 3 p.m., when Walter Odom announces start times for the popular courts at Fort Greene Park in Brooklyn. The battle to claim an hourlong slot (two hours for doubles) at one of the six courts here can be tense, especially on a mild summer Sunday. But the New York City Parks and Recreation tennis attendant, with his ever-present clipboard and resonant voice, manages to reassure everyone from seasoned tennis pros to beginners taking their first swings that matters are under control.

In 2014, Mr. Odom took over the attendant job for a friend and colleague who was battling kidney failure. It took him 20 years to get the gig; one of his previous assignments was monitoring the Brighton Beach boardwalk bathrooms. “You have to work your way up to tennis,” said Mr. Odom, who grew up in Fort Greene and now lives nearby in Bedford Stuyvesant.

This fall, he is planning to retire. “When I turned 67, I said I was going to keep my word to my mother and retire,” Mr. Odom said. “It’s time for me to rest.”

EARLY BIRDS I get up early, so I can wake myself up, pack up all my stuff I need. I leave the house at 5:25 a.m. and wake myself up as I get along. Sometimes I stop by the bodega in the morning and they have my coffee ready for me. I get to the park at 6:15 and my morning crew of players is already here. They get on the court at daybreak. I had someone this morning say: “Hey, tell this guy he’s got to go. He’s been playing too long!” And I tell them, Listen, that don’t count. Timekeeping starts at 8 o’clock. If you get out of your bed at 5 o’clock, and sit out here in the dark, and sit and wait until daybreak, you can stay on for two hours if you want. They can even take their shirts off then. Once 8 o’clock comes, they know they’ve got to get off the court.

“Timekeeping starts at 8 o’clock. If you get out of your bed at 5 o’clock, and sit out here in the dark, and sit and wait until daybreak, you can stay on for two hours if you want.”Credit…Zakiyyah Woods for The New York Times

ROOTS Growing up in Fort Greene, we had a lot people that came from different parts of the south, and a lot of Italians, Puerto Ricans, even a couple of Filipinos. We farmed in Fort Greene Park. My mom planted scallions and potatoes, and the Italians showed my mom how to pick out the mushrooms you actually wanted to eat. We shared recipes, everybody shared. Where I grew up, in the ’60s or the ’70s, it was like all hands on deck.

ROUTE When I got out of high school, I had a mixture of jobs. I wasn’t too sure what I wanted to do. So I did a lot of factory jobs. I worked in the Navy Yard for a minute because they had factories there. I was bouncing from job to job and finally my brother Stevie told me I had to help take care of my sister and handed me an application for the city. I did my training and then by June 1994, I got my first job in the Parks Department. I was working at Prospect Park, cleaning and fixing the clay on the baseball field. After that, I went to Coney Island in ’95 and then in ’96 I went to Kosciuszko Pool. I had to earn tennis.

Mr. Odom, center, surrounded by some of the Fort Greene regulars.Credit…Zakiyyah Woods for The New York Times

RULES Tennis is a gentleman’s sport. I have rules here: no cursing, no spitting. People have got to keep their T-shirts on. I say to folks: “Do you see the pros? When they wear their T-shirt, it’s cotton. They’re not wearing gabardine, where it’s going to sweat and they can get overheated.” You might pass out with that on. You might pass out on the court.

THE SLOTS The minute I get off the bus, I see three or four people sitting on the bench for that first 8 o’clock slot. I tell them I’ll be back and I go and have my coffee and my little snack and come back down by 7:30. By then, there’s a big line forming. They all see me coming down the hill and they holler, “Walter!” I try to sneak up on them. When 8 o’clock comes, I holler out: “Eight o’clock! Tennis time.” The big fun on Sunday happens when my regulars sign up for slots after 4 p.m. When I’m not here, the tennis players, they sit here. They’re the ones who keep their eyes on you and everything.

INSPIRATION When Arthur Ashe and John McEnroe got into the scene, all of a sudden you had more and more Black people that wanted to play tennis. McEnroe, he changed the game. That’s when everybody, all the Black folks said: “Did you watch McEnroe? That man, he is no joke.” Because everybody said it was boring before, but he let the judges know he was a New Yorker.

SUPPORT GROUP After 3:30, my day is over. And sometimes it’s hard to get out of the park because it’s not just the tennis players; everybody ends up saying, “Hi Walter!” When I come home from work, there’s a senior citizen housing project where a bunch of folks sit at a table outside. Next thing you know, before I even do anything, they want to converse. They even ask me if I’m afraid to retire. I was a little nervous, but one of the women there said: “Walter, there’s life after retirement. You go, do what you have to do, get your proper rest, and come out and socialize. And then you know what? You will have had a full day.”

Mr. Odom chats with friends outside of a bodega near his home.Credit…Zakiyyah Woods for The New York Times

Redistricting Caused Chaos. Some Savvy Politicians Are Making the Most of It. 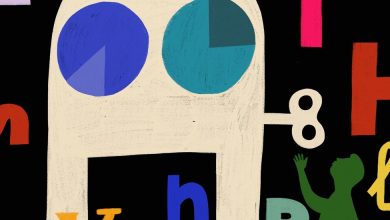