J. Richard Steadman, a pioneering orthopedic surgeon who saved the knees — and careers — of hundreds of Olympic skiers, Premier League soccer players and even the occasional professional golfer, died on Friday at his home in Vail, Colo. He was 85.

A spokeswoman for the Steadman Clinic, which he founded in 1990, confirmed the death but did not provide a cause.

If you made the trek to Dr. Steadman’s clinic, high in the Colorado mountains, you would find an office covered in evidence of his decades of surgical success: signed soccer jerseys and baseball pennants, autographed photos and simple notes of deep gratitude.

He built his reputation in the 1970s as the head doctor for the United States Ski Team, treating Olympians like Phil Mahre, Cindy Nelson and Christin Cooper. After Mahre shattered his ankle on a slalom gate during a 1979 World Cup race, Dr. Steadman went to work. Just 11 months later, Mahre won a silver medal at the 1980 Winter Olympics in Lake Placid, N.Y.

“He’s the genius who saved my career,” Alan Shearer, best known for his time as a striker for Newcastle United, told The Guardian in 2006. “I made up my mind I would travel anywhere in the world to find the right man for the job. I can’t speak highly enough of the guy.”

Dr. Steadman was widely considered one of the best orthopedic surgeons of his generation, though he tended to shrink from praise. He insisted that he was no better than anyone else, and that his secret was the organization he had built around himself.

Along with the clinic, he operated a nonprofit, today known as the Steadman Philippon Research Institute, which tracks his patients’ recovery and churns out precise data to help Dr. Steadman and his small team of doctors hone their craft.

Dr. Steadman was unafraid to push his field into controversial directions. He was among the first orthopedic surgeons to eschew plaster casts in favor of starting physical therapy immediately, an approach that drew criticism at first but is now widely accepted, especially for athletes eager to get back into their game. He would oversee the U.S. Ski Team’s recovery himself, often putting them up at his home.

“In those days, everybody was in a cast except my patients,” he told The Denver Post in 2016. “My patients would move their ankle right away, their knee right away. I got a head start on everybody, because I recognized that just because you moved something didn’t mean it wouldn’t heal. In fact, it would heal better. The movement made the tissues get stronger.”

He developed new procedures, like microfracturing, a treatment for injuries to the anterior cruciate ligament in which small cracks are made in the underlying bone, facilitating cartilage growth and a more rapid recovery.

“We would say, ‘There’s only one place to go, and that’s Dr. Steadman,’” Eva Twardokens, a former member of the U.S. Ski Team and a frequent patient of Dr. Steadman’s, said in a phone interview. “‘He’s the one who will get you back onto the skis.’”

John Richard Steadman was born on June 4, 1937, in Sherman, Texas, about 60 miles north of Dallas. His father, Beverly Steadman, was a colonel in the Air Force, and his mother, Mary (Ellis) Steadman, was a homemaker.

His father’s career required the Steadmans to move frequently — for a time they lived in Berlin — before settling outside Wright-Patterson Air Force Base, near Dayton, Ohio. Richard excelled in football, baseball and golf. He also excelled in school, and he received a scholarship offer from Harvard in his senior year.

But a phone call from the famed football coach Bear Bryant, inviting him to play at Texas A&M, changed his mind. He was a reserve offensive tackle for the Aggies for two years and had hopes of starting in his junior year. But his grades were sagging, and he was determined to go to medical school. He finally worked up the courage to write the imposing Coach Bryant a letter, telling him why he was quitting.

“He wrote back and he said that he respected my decision,” Dr. Steadman told Sports Illustrated in 1983. “He said that he hoped maybe someday I would take care of him when I got to be a doctor.”

He graduated in 1959 and received his M.D. in 1963 from the University of Texas Southwestern Medical School in Dallas. He then spent two years in the Army, stationed in Germany, and did his residency at Charity Hospital in New Orleans.

Dr. Steadman is survived by his wife, Gay; his son, Lyon; his daughter, Liddy Lind; his sister, Mary; six grandchildren; and four great-grandchildren.

He was an avid skier himself — though he took to the slopes with caution.

“I take every opportunity that I can,” he told The New York Times in 1993. “But I do follow my own rules, such as conditioning myself before skiing. And I try to ski in control.”

Tags
Care Ski Team That Was 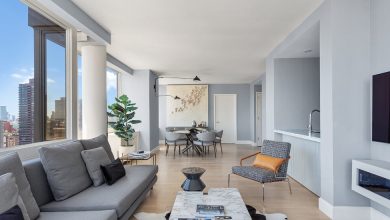 Homes for Sale in Manhattan and Brooklyn

‘I Will Not Sit Quietly’: 3 Black Senators in Spotlight on Voting Rights

Why Hundreds of New York City Prosecutors Are Leaving Their Jobs