Democrats have less than a month left controlling Virginia before Republicans take over the House of Delegates and the governor’s mansion. With the clock ticking, many in the party want to seize what they see as a fleeting opportunity: protecting abortion rights by codifying them into state law.

But Democratic leaders in the State Senate have dismissed the idea — and not on policy grounds or over concerns about political messaging. Several of the chamber’s members don’t want to change their vacation plans.

One senator is traveling in Africa. Others are in Europe. And the majority leader is headed to Hawaii.

“They’re not going to be able to get back; flights are booked this time of year,” the majority leader, Richard L. Saslaw, said in an interview from California, where he was en route to the Aloha State. The state’s General Assembly does not allow proxy or remote voting, and Democrats’ paper-thin majority in the State Senate requires all members to be present to pass contentious legislation.

“We discussed it,” Mr. Saslaw said. “There are too many people out of town.”

As abortion rights stand on a national precipice, with the Supreme Court likely to roll back or overturn Roe v. Wade next year, Democrats have issued dire warnings about the potential consequences, which could include at least 22 states moving swiftly to ban or severely restrict abortion access. The party’s options are limited at the federal and state levels, but many of its lawmakers have vowed to do whatever they can to protect the right to an abortion.

Yet as the intraparty dispute in Virginia shows, the party’s leaders are often wary about confronting the issue head-on. Congressional Democrats have been unable to pass legislative proposals to protect abortion federally, and President Biden has yet to utter the word “abortion” publicly.

Many lawmakers in the party, as they continue to grapple with the pandemic and economic uncertainty, seem unwilling to prioritize abortion rights to the degree that some Democrats believe is necessary given the threats from the Supreme Court and conservative state legislatures.

In Virginia, where Gov. Ralph Northam has long been a champion of abortion rights, Democrats’ 21-to-19 majority in the State Senate includes moderates and one member who opposes abortion rights.

But beyond abortion politics, there is a split in Richmond between younger and more activist Democrats in the State House, and Senate Democrats who adhere more to the old “Virginia way” of doing state business. They are less willing to embrace extraordinary measures that go beyond the state’s regular legislative sessions, which are held only at the beginning of each year and are finished for 2021.

Sally Hudson, a Democratic delegate from Charlottesville, said she worried that the administration of Gov.-elect Glenn Youngkin, a Republican, would roll back expansions of reproductive health care access, like the abortion pills that became available by mail in the state in October.

Gov. Ralph Northam, right, has long been a champion of abortion rights, but Democrats are worried that his Republican successor, Glenn Youngkin, left, will roll back abortion rights.Credit…Steve Helber/Associated Press

“We’ve got two years to do our job each term, and I don’t know why we wouldn’t use all the time to do our jobs during that term,” Ms. Hudson said. “If not for Roe, for what?”

Abortion rights activists say the situations in Virginia and Washington underscore a lack of true commitment from Democrats, who have spent years campaigning on preserving the constitutional right to an abortion.

Democrats in the Virginia Senate argue that it would be impossible to call the chamber back to Richmond in the next month, and that even if they did, there was no guarantee that the party would have enough votes.

“You’re in the holiday season — some people are making plans of being away,” said Creigh Deeds, a Democratic state senator from Bath County. “What’s your reality of getting people to Richmond, and what’s realistic to pass that we haven’t already passed?”

It is an echo of Democrats’ rationale in Congress, where their proposals stand little chance of becoming law under the Senate’s current legislative rules, which require 60 votes to proceed. A liberal group of senators trying to change those procedures to enact voting rights legislation has so far been thwarted by a few centrist Democrats.

In Virginia, Democrats considered taking action in November as they reeled from their electoral losses but decided against it. Then a series of Supreme Court rulings and hearings on abortion rights heightened the urgency for Democrats, with Republicans set to take the House majority on Jan. 12. Mr. Youngkin will be inaugurated as governor three days later.

Tarina Keene, the executive director of NARAL Pro-Choice Virginia, an abortion rights group, said she had first proposed a postelection legislative session to address abortion rights in the two days immediately after the November election, when Democrats were stunned by Republicans’ victories in the state.

Ms. Keene said part of her argument to Virginia Democrats was that Republicans in other states, facing the imminent loss of statehouse control, had used lame-duck sessions to cement an advantage for themselves before Democrats took office.

“We definitely mentioned to folks that they would do that to us,” Ms. Keene said. “We’ve seen in it North Carolina and in Wisconsin,” she said. “Those are two very recent examples of what they’re willing to do to undermine the other side.”

Katherine White, who runs Network NoVA, a collective of dozens of liberal organizations in the Washington suburbs, has begun a campaign to pressure Virginia’s Democratic senators to return to Richmond.

She said Democrats’ overconfidence that their candidate for governor, Terry McAuliffe, would win had left them unprepared for the question of protecting abortion rights.

“There was no plan to go big and go bold, because they didn’t plan on losing,” she said.

Since Virginia Democrats took control of Richmond in early 2020, they have fulfilled their promises to roll back Republican-enacted abortion restrictions. But they have left the door open for Mr. Youngkin to place administrative roadblocks in the way of abortion access.

Mr. Youngkin downplayed his opposition to abortion rights in his general-election campaign. But in June, he was caught on an undercover video taken by a Democratic activist, saying he would go “on offense” if he won and Republicans took control of the House of Delegates.

A Youngkin spokesman said the governor-elect’s previous remarks on abortion spoke for themselves. Mr. Youngkin has said that changing abortion law is not on his “Day 1” agenda, but he also reiterated last month that he would support a ban on most abortions after 20 weeks.

Still, despite the potential for changes to the state’s abortion laws, Mr. Saslaw dismissed the prospect of convening his chamber before the incoming governor’s inauguration. He said the possibility had been discarded in November by Democratic state senators — many of whom, including him, have campaigned on pledges to protect abortion rights.

“They didn’t want to do it,” he said Wednesday.

Of the 15 states where Democrats control both state legislative chambers and the governor’s office, Virginia, Colorado and New Mexico are the only ones that have not enshrined a woman’s right to an abortion into law. Credit…Allison Bailey/NurPhoto via Associated Press

Even before the current Supreme Court cases from Mississippi and Texas that could weaken or overturn Roe v. Wade, many abortion rights supporters believed their movement faced an existential crisis.

This year, states have enacted 106 abortion restrictions, the most passed since Roewas decided in 1973, according to the Guttmacher Institute, a liberal research group.

Of the 15 states where Democrats control both state legislative chambers and the governor’s office, Virginia, Colorado and New Mexico are the only ones that have not enshrined a woman’s right to an abortion into law. Other states, like California and New York, have gone even further, positioning themselves as refuges for women barred from seeking abortions elsewhere.

In Virginia, Mr. Saslaw’s position has angered Democratic state delegates, who during a Sunday night conference call pressed Speaker Eileen Filler-Corn to push to bring both chambers back into session.

Ms. Filler-Corn told them that she would happily bring them back to Richmond but that Mr. Saslaw was strident in his opposition, according to several delegates who participated in the call. Ms. Filler-Corn, in a statement issued by her spokeswoman, said there was “no consensus” among House Democrats about convening before Mr. Youngkin’s inauguration.

Kathleen Murphy, a Democratic delegate from McLean, predicted that women would become outraged next year if Mr. Youngkin moved to restrict abortion access.

“This can be taken away from all of us, from all women, just because the Senate has made it clear that they will not come back to deal with the issue in a timely way,” she said. 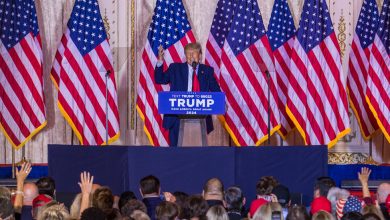 Trump’s Call for ‘Termination’ of the Constitution

What Happened When a Conservative Jewish Group Invited DeSantis to Speak

With Some Voters ‘Ready to Move On,’ Democrats Search for New Message on Virus 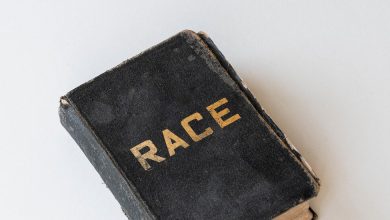