JERSEY CITY, N.J. — Farouk Sow, a junior at St. Peter’s University, was walking down a set of stairs from the university bridge running across John F. Kennedy Boulevard here on Friday morning when he spotted a blue “ABC 7 Eyewitness News” van on the street. Nearby, a video screen on a wall flashed an image of four members of the school’s men’s basketball team celebrating and holding a blue “March Madness” sign.

Spotting a St. Peter’s classmate, senior Stephanie Radakovic, at the bottom of the stairs, Sow said with pride of the men’s basketball team, “They put us on the map.”

Sow was referring to St. Peter’s gigantic upset of Kentucky in the first round of the N.C.A.A. men’s basketball tournament Thursday night in Indianapolis. It marked just the 10th time in tournament history that a No. 15 seed had upset a 2 seed.

“It makes us feel good, because this is a small school, everybody knows everybody,” Sow told a reporter. “We weren’t known for sports. The fact that we beat Kentucky put us on the map. Basically, a small school beat a big school.”

Hence the news trucks and reporters descending on the tiny Jesuit university composed largely of red brick buildings in the heart of Jersey City. Chartered in 1872 and originally named St. Peter’s College, the school occupies a 30-acre campus just two miles west of New York City. The student body is 66 percent Black or Hispanic, and many who attend are first-generation college students.

On Thursday night, Radakovic, a senior on the women’s soccer team, was one of about 240 students in the “Sky Room” of the university student center watching the game on a big screen. There was pizza, popcorn, drinks, a cake, inflatable games, basketball hoops and other entertainment for the students cheering on the Peacocks. The school’s social media account is using the hashtag #StrutUp in honor of the Peacocks.

“Everyone was freaking out. It was crazy,” Radakovic said. “There were a bunch of chairs set up, and at the end of the game, nobody was sitting on the chairs. Everybody was standing up.”

Olyvia Smith, a junior outfielder on the school’s softball team and the girlfriend of junior guard Doug Edert, was also at the watch party.

Dive Deeper Into the N.C.A.A. Tournaments

“It was an unbelievable feeling. I felt like we were there with them the entire time,” Smith said.

The 6-foot-2 Edert, a Nutley, N.J., native who played at the nearby powerhouse Bergen Catholic High School, scored 20 points against Kentucky, hitting a key basket to send the game to overtime, and was a perfect 8-of-8 from the line.

The Peacocks’ trophy case.Credit…Brian Fraser for The New York Times

But neither would trade places with the Kentucky players right now.

“Our school supports us so much,” Edert said. “We are a little school, and it’s awesome to put us on the map.”

After the game, Edert called Smith to share the moment.

“He was just so excited, it was awesome,” she said.

Smith is aware that most people — even some who live in New Jersey — don’t know much about St. Peter’s.

So, what does she want people to know about the school?

“All of our athletic programs are definitely up-and-coming, and we have a lot of teams that are making a comeback right now,” Smith said. “I think this is huge, and I think that this brings a lot of energy to all the teams. We can all compete, and we can all be there with those other teams.”

As of about noon on Friday, the St. Peter’s bookstore, which is undergoing renovation, had sold $2,500 worth of St. Peter’s T-shirts, sweatshirts and hoodies to Jersey City residents and alums.

“Oh, yeah, that’s a lot for us,” said Kristyna Stukeo, who manages the bookstore.

This wasn’t St. Peter’s first win over basketball royalty. In 1968, long before the internet made players like Edert famous, the Peacocks beat Duke in the quarterfinals of the National Invitation Tournament. Tom Mac Mahon, who scored 902 points in his career at St. Peter’s and was one of the stars of that team, later became the chief executive and chairman of LabCorp and served as the chair of the board of trustees at his alma mater. He donated $5 million to help support the creation of the Run Baby Run Arena, which opened this season and where the Peacocks played an intense defensive style that made life tough on opponents.

“St. Peter’s is good, and they’re also good defensively,” a somewhat dazed Calipari said in a television interview during the game.

St. Peter’s success may not be enough to keep Holloway, 45, around as the coach. His is a hot name on the coaching carousel, and if Seton Hall coach Kevin Willard leaves for another job (he has been linked to Maryland), Holloway, who starred at Seton Hall and was an associate head coach under Willard, would be a natural fit. Iona coach Rick Pitino, who coached against Holloway in the Metro Atlantic Athletic Conference, said Seton Hall “shouldn’t even make another call.”

Meantime, Edert and his teammates are focused on facing No. 7 Murray State — a team based in Kentucky that has won 21 straight games — in the second round on Saturday in Indianapolis.

And the mustachioed maverick won’t be shaving anytime soon.

“He’s not changing anything until this tournament is over,” Smith said. “I can tell you that.”

A cameraman became an accidental obstacle in the men’s steeplechase 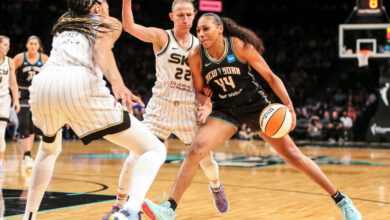 Liberty Reflect on a Season of Changes

The Environment Affects Baseball. These Players Want to Help. 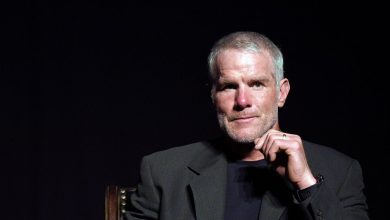