Three women — a mother, her daughter and her stepdaughter — were found stabbed to death in a Queens home on Friday morning, the police said.

The women — who were and 68, 47 and 27 years old — were found by officers around 10:40 a.m. with stab wounds to their necks, the police said. They were pronounced dead at the scene.

According to the police, they were found in the Springfield Gardens home by a home care aide, who then called the police.

As of Friday afternoon, the police had not yet released the names of the victims or any information on a person of interest.

Officers at the scene said the situation was an “isolated domestic incident” and that the general public was safe.

Donna Hewitt, of Ozone Park, Queens, said she was the cousin of the 68-year-old woman who was killed, whom she identified as Hyacinth Johnson. “She is loving and caring, very friendly, she gets along with everyone,” she said.

“I can’t get my head working right, she took care of everybody,” said Ms. Hewitt, 59, standing outside the home. She said she had received a call Friday morning about the killings. “It was hard to believe, but now that I see the whole thing, I know it’s real.”

She said she would remain outside until the authorities brought out the bodies.

The two-story house — situated in a quiet, working-class neighborhood of single-family homes — was cordoned off by police tape on Friday afternoon.

Neighbors stood outside throughout the day, as police photographers and crime scene units walked in and out of the house carrying brown evidence bags.

Mayor Eric Adams stopped by on Friday afternoon, where he was briefed on the situation. “Our hearts go out to the families,” he said to reporters.

Elvira Cutipa, who has lived in the Springfield Gardens neighborhood for a year, said that when she saw the police tape, she thought there might have been a robbery. Her home was burglarized just months ago, she said.

“But then I saw the fire trucks and knew something worse had to have happened,” Ms. Cupita, 47, said. “They don’t call firemen for robberies.”

Another neighbor, Anthony Nowlin, said, “Covid, inflation, being locked up inside your home, you never know what could be going in someone’s lives and making it hard for them.”

Tags
Home Out Said She Was 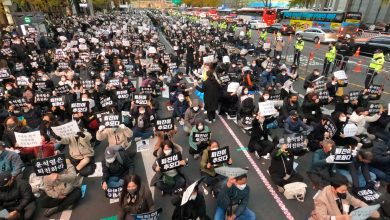 French Adventurer Dies Attempting to Row Solo Across the Atlantic 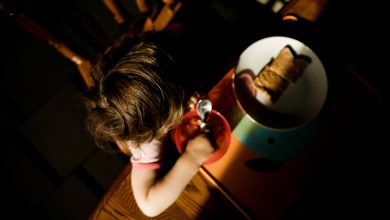 Giving People Money Is a Great Way to Reduce Poverty