Jay Miles has lived his 52 years without marriage or children, which has suited his creative ambitions as a videographer in Connecticut and, he said, his mix of “independence and stubbornness.” But he worries about who will take care of him as he gets older.

Donna Selman, a 55-year old college professor in Illinois, is mostly grateful to be single, she said, because her mother and aunts never had the financial and emotional autonomy that she enjoys.

Mary Felder, 65, raised her children, now grown, in her rowhouse in Philadelphia. Her home has plenty of space for one person, but upkeep is expensive on the century-old house.

Ms. Felder, Mr. Miles and Ms. Selman are members of one of the country’s fastest-growing demographic groups: people 50 and older who live alone.

In 1960, just 13 percent of American households had a single occupant. But that figure has risen steadily, and today it is approaching 30 percent. For households headed by someone 50 or older, that figure is 36 percent.

Nearly 26 million Americans 50 or older now live alone, up from 15 million in 2000. Older people have always been more likely than others to live by themselves, and now that age group — baby boomers and Gen Xers — makes up a bigger share of the population than at any time in the nation’s history.

The trend has also been driven by deep changes in attitudes surrounding gender and marriage. People 50-plus today are more likely than earlier generations to be divorced, separated or never married.

Women in this category have had opportunities for professional advancement, homeownership and financial independence that were all but out of reach for previous generations of older women. More than 60 percent of older adults living by themselves are female.

“There is this huge, kind of explosive social and demographic change happening,” said Markus Schafer, a sociologist at Baylor University who studies older populations. 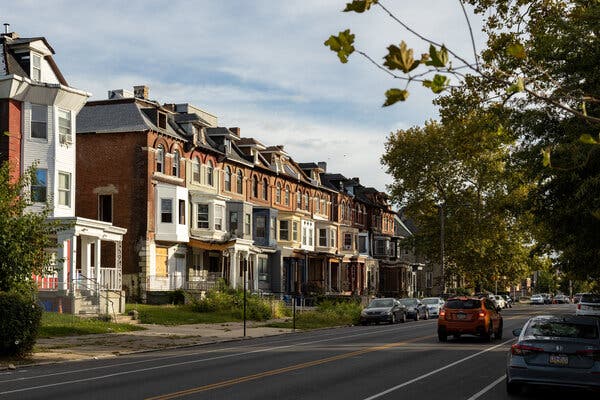 In interviews, many older adults said they feel positively about their lives.

But while many people in their 50s and 60s thrive living solo,

Tags
Home House Old She That