The case of Sayfullo Saipov, an Uzbek immigrant who has been charged with driving a truck onto a Manhattan bike path and killing eight people on Halloween Day in 2017, is likely to go to the jury on Wednesday.

The attack was the deadliest in New York City since Sept. 11, 2001, the authorities have said. Mr. Saipov is the first person to face a death penalty trial during the Biden administration, though President Biden campaigned against capital punishment.

In closing arguments on Tuesday, Jason A. Richman, a federal prosecutor, described how Mr. Saipov “turned a bike path into his battlefield,” leaving behind mangled cycles, truck parts and bodies. Mr. Richman argued that Mr. Saipov carried out the attack to become a member of the Islamic State, a terrorist group that once controlled large swaths of Iraq and Syria and promised to create a new caliphate for Muslims.

The government presented often emotional testimony from survivors of the attacks and relatives of those who were killed during the trial, which began on Jan. 9. Six of the eight people who died were foreign tourists: five from Argentina and one from Belgium.

Mr. Saipov did not testify, and the defense did not call any witnesses in the trial in U.S. District Court in Manhattan. David E. Patton, the city’s federal public defender, has conceded that Mr. Saipov carried out the attack. “His actions were senseless, horrific and there’s no justification for it,” Mr. Patton said during his closing argument.

But Mr. Patton said that it was important for the jury to determine why Mr. Saipov committed the attack. He said Mr. Saipov did not intend to become a part of ISIS and instead wanted to become a martyr.

“If you’re planning to die in an attack, you are not planning to join an organization,” Mr. Patton said.

“I will admit that there is something strange about discussing the possible explanations for an awful crime that is inexplicable and senseless, but it’s what he’s charged with, and it’s the decision you’re being asked to make,” Mr. Patton told the jury.

Mr. Saipov faces charges that include murder, attempted murder, providing material support to a foreign terrorist organization and violence and destruction of a motor vehicle. Some of the counts require that the government prove Mr. Saipov acted “in aid of racketeering activity” — to gain entrance to ISIS.

Mr. Richman described how Mr. Saipov smiled and asked to hang an ISIS flag in his hospital room during his post-arrest interview at Bellevue Hospital Center. “The defendant caused all of this death and destruction to become a soldier of the caliphate,” Mr. Richman said.

Mr. Saipov, dressed in a suit and wearing a white mask that barely covered his beard, sat at the defense table on Tuesday, only occasionally glancing up from his lap as the lawyers sparred. The jury, which is expected to get the case on Wednesday, appeared engaged.

If Mr. Saipov is convicted, the same jury will determine whether he should be sentenced to death or life imprisonment. The government can present evidence, including testimony from survivors of the attack and relatives of those who were killed, in support of its case for execution, while Mr. Saipov’s lawyers may offer mitigating evidence in favor of a life term.

The 12-member jury must be unanimous in a decision to impose the death penalty. It is unclear when exactly the death penalty phase of the trial will begin, but it is expected to last more than a month.

Tags
Death From Said That 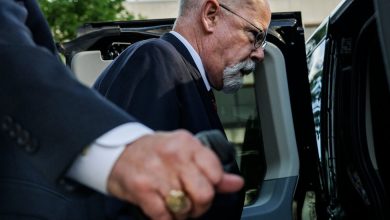 Who’s attending (Biden and Modi), and who isn’t (Putin and Xi).