PARIS — In 2019, Emmanuel Macron invited President Vladimir V. Putin to the French summer presidential residence at Brégançon, declared the need for the reinvention of “an architecture of security” between the European Union and Russia, and later pronounced that NATO had undergone a “brain death.”

The French leader enjoys provocation. He detests intellectual laziness. But even by his standards, the apparent dismissal of the Western alliance and tilt toward Moscow were startling. Poland, among other European states with experience of life in the Soviet imperium, expressed alarm.

Now a crisis provoked by Russian troops amassed on the Ukrainian border has at once galvanized a supposedly moribund NATO against a Russian threat — the alliance’s original mission — and, for Mr. Macron, demonstrated the need for his own intense brand of 21st-century Russian engagement.

“Dialogue with Russia is not a gamble, it is an approach that responds to a necessity,” a senior official in the presidency, who spoke on the condition of anonymity in keeping with French government practice, said Friday after Mr. Macron and Mr. Putin spoke by phone for more than an hour.

Later in the day, Mr. Macron spoke to the Ukrainian president, Volodymyr Zelensky, a move that placed the French leader precisely where he seeks to be ahead of an April presidential election: at the fulcrum of crisis diplomacy on Europe’s future.

Mr. Macron is walking a fine line. He wants to show that Europe has a core role to play in defusing the crisis, demonstrate his own European leadership to his voters, ensure that Germany and several skeptical European states back his ambitious strategic vision, and avoid giving the United States cause to doubt his commitment to NATO.

Understand Russia’s Relationship With the West

The tension between the regions is growing and Russian President Vladimir Putin is increasingly willing to take geopolitical risks and assert his demands.

“He wants to carve out a special role for himself and Europe, in NATO but at its edge,” said Nicole Bacharan, a researcher at Sciences Po in Paris. “The case for modernizing the European security arrangements in place since 1991 is compelling. But doing it with 130,000 Russian troops at the Ukrainian border is impossible.”

Until now, Mr. Macron appears to have held the party line. Cooperation with the United States has been intense, and welcome. The president, one senior diplomat said, was involved in the drafting of the firm American response to Russian demands that the West cut its military presence in Eastern Europe and guarantee that Ukraine never join NATO — a response judged inadequate in the Kremlin. Mr. Macron has made clear to Mr. Putin that, as a sovereign state, Ukraine has an inalienable right to make its own choices about its strategic direction.

Still, the itch in Mr. Macron to shape from the crisis some realignment of European security that takes greater account of Russian concerns is palpable.

The French official spoke of the necessity for a “new security order in Europe,” provoked in part by the decomposition of the old one.

He suggested that various American decisions had caused a “strategic disorder,” noting that there had been “doubt at a certain moment about the quality of Article 5” — the pivotal part of the NATO treaty that says an attack on any one member state will be “considered an attack against them all.”

This was a clear allusion to former President Donald J. Trump’s dismissive view of NATO, a stance that the Biden administration has taken pains to rectify. For France, however, and to some degree Germany, the lesson has been that, come what may, Europe must stand on its own two feet because its trans-Atlantic partner could go on walkabout again, perhaps as early as 2024.

Mr. Putin and Mr. Macron have one thing in common: They both believe that the post-Cold War security architecture in Europe needs refashioning.

The Russian leader wants to undo the consequences of the Soviet collapse, which he has called “the greatest geopolitical catastrophe of the 20th century”; push NATO back out of formerly Soviet-controlled countries to its posture before enlargement; and enshrine the idea of a Russian sphere of influence that limits the independence of a country like Ukraine.

What Mr. Macron wants is less clear, but it includes the development of a strong European defense capacity and a new “stability order” that involves Russia. As the French president said of this innovative arrangement in a speech before the European Parliament this month: “We need to build it between Europeans, then share it with our allies in the NATO framework. And then, we need to propose it to Russia for negotiation.”

The idea of Europe negotiating its strategic posture with Mr. Putin — who has threatened a neighboring country, part of whose territory he has already annexed, without any apparent Western provocation — makes European nations closer than France to the Russian border uneasy.

A NATO exercise in Norway in 2018. The recent threat from Russia has galvanized a supposedly moribund NATO.Credit…Laetitia Vancon for The New York Times

When Mr. Macron visited Poland in early 2020 — after the scathing comment about NATO and the blandishments to Mr. Putin — he was assailed at a dinner for Polish intellectuals and artists.

“Don’t you know who you are dealing with?” demanded Adam Michnik, a prominent writer and historian imprisoned several times by the former Communist regime, according to a person present. “Putin’s a brigand!”

Understand the Escalating Tensions Over Ukraine

A brewing conflict. Antagonism between Ukraine and Russia has been simmering since 2014, when the Russian military crossed into Ukrainian territory, annexing Crimea and whipping up a rebellion in the east. A tenuous cease-fire was reached in 2015, but peace has been elusive.

A spike in hostilities. Russia has recently been building up forces near its border with Ukraine, and the Kremlin’s messaging toward its neighbor has hardened. Concern grew in late October, when Ukraine used an armed drone to attack a howitzer operated by Russian-backed separatists.

Ominous warnings. Russia called the strike a destabilizing act that violated the cease-fire agreement, raising fears of a new intervention in Ukraine that could draw the United States and Europe into a new phase of the conflict.

The Kremlin’s position. President Vladimir V. Putin of Russia, who has increasingly portrayed NATO’s eastward expansion as an existential threat to his country, said that Moscow’s military buildup was a response to Ukraine’s deepening partnership with the alliance.

Rising tension. Western countries have tried to maintain a dialogue with Moscow. But administration officials recently warned that the U.S. could throw its weight behind a Ukrainian insurgency should Russia invade.

To which Mr. Macron responded that he knew very well whom he was dealing with, but given the American pivot to Asia it was in Europe’s interest to develop a dialogue with Russia and avoid a strengthened Russian-Chinese partnership. The Poles were unimpressed.

Mr. Macron’s approach to Mr. Putin is consistent with his relations with other strongmen. He has engaged with President Abdel Fattah el-Sisi of Egypt and Crown Prince Mohammed bin Salman of Saudi Arabia — men whose views of human rights and liberal democracy are far removed from his own — in the belief that he can bring them around.

Up to now, the results have appeared paltry, as they were when he tried to forge a bond with Mr. Trump that proved short-lived.

The French president’s own views on the critical importance of the rule of law and respect for human rights have been a constant of his politics. His strong condemnation of the treatment of Aleksei A. Navalny, the imprisoned Russian dissident, irked Mr. Putin. He has made it clear that the annexation of Crimea will never be accepted by France. Engagement has not meant abandonment of principle, even if its endpoint is unclear.

Mr. Macron has also maneuvered effectively to use the Normandy Format, a grouping of France, Germany, Ukraine and Russia, to bolster the cease-fire agreement the countries brokered in eastern Ukraine in 2015. This diplomatic format has the added attraction for him of showcasing Europeans trying to solve European problems. The French goal in the crisis is clear: “de-escalation,” a word often repeated.

A military checkpoint near Chermalyk, Ukriane, on Saturday.Credit…Brendan Hoffman for The New York Times

If the president can be seen to have played a central role in achieving that, he will bolster his position in the election, where he currently leads in polls. The downside risk of his Russian gambit was put this way by Michel Duclos, a diplomat, in a recent book on France in the world: “The more it appears that Mr. Macron gains no substantial results through dialogue, the more that dialogue cuts into his political capital in the United States and in anti-Russian European countries.”

Nonetheless, Mr. Macron seems certain to persist. He is convinced that Europe must be remade to take account of a changed world. A degree of mutual fascination appears to bind him and Mr. Putin.

The senior French official observed that the Russian president had told Mr. Macron that “he was the only person with whom he could have such profound discussions and that he was committed to the dialogue.”

That will be music to the French president’s ears. 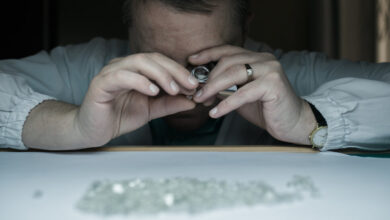