Early Thursday, just as President Vladimir V. Putin of Russia announced on television that he had decided “to carry out a special military operation” in Ukraine, explosions were reported across the country.

Blasts were heard in Kyiv, the capital; in Kharkiv, the second largest city; and in Kramatorsk in the region of Donetsk, one of two eastern Ukrainian territories claimed by Russia-backed separatists since 2014.

Ukraine’s Interior Ministry said that Russian troops had landed in the southern port city of Odessa and were crossing from Russia into Kharkiv. Footage captured by security cameras showed Russian military vehicles crossing into Ukraine from Crimea, the peninsula that Russia seized in 2014.

As air raid sirens blared in Kyiv, the western city of Lviv and other urban areas, residents rushed to take shelter in bus and subway stations. In Kyiv, people packed up their cars and waited in long lines to fill up with gas on their way out of the city. In eastern Ukraine, early signs of panic appeared on the streets as lines formed at A.T.M.s and gas stations.

With attacks across the country, it quickly became clear that Russia’s campaign, whatever Mr. Putin meant by a “special military operation,” was aimed at far more than the rebel territories in the east. Within an hour, Ukraine’s state emergency service said that attacks had been launched in 10 regions of Ukraine, primarily in the east and south, and that reports of new shelling were “coming in constantly.”

Dmytro Kuleba, Ukraine’s foreign minister, called it “a full-scale invasion of Ukraine” and said his country would defend itself, while calling on the world to “stop Putin.”

Russia’s Defense Ministry said that it was using “high-precision weapons” to disable military infrastructure, air defense facilities, military airfields and Ukrainian army planes, Russia’s state-run RIA Novosti news agency reported. But the ministry said it was not attacking cities, and promised that “the civilian population is not at risk.”

The Ukrainian authorities said that invading naval forces were coming ashore at multiple points, including in Kharkiv and the southern city of Kherson. Three emergency workers were injured when a command post was struck by shelling in Nizhyn, in the north, and six people were trapped under rubble when the city’s airport came under attack, Ukraine’s Interior Ministry reported.

As dawn broke in Kyiv, President Volodymyr Zelensky of Ukraine said that he had declared martial law. The country’s defense minister told citizens that the army was “fending off enemy forces” and “doing everything it can to protect you.”

But the army was under siege. In the east, Russia-backed separatists — their ranks bolstered by the arrival of hundreds of Russian mercenaries in recent days, according to European officials — said they were hammering Ukrainian troops along the entire 250-mile front line that has divided the rebels and Ukrainian forces since 2014.

Seeking to capture the entire territories of Donetsk and Luhansk, which Mr. Putin recognized as independent on Monday, the rebels were “using all weapons at their disposal,” the Russian news media reported. Ukrainian officials said the attacks included artillery strikes.

Ukraine’s state border service reported that Russian troops stationed in Belarus, north of Ukraine, had launched an attack with support from the Belarusian military. Russia had deployed as many as 30,000 troops to Belarus for exercises this month that the United States warned could provide cover for an attack against Kyiv, which lies a fast 140-mile drive away from a main border crossing.

By mid-morning in Kyiv, Russia’s Defense Ministry said it had disabled all of Ukraine’s air defenses and air bases. Ukraine’s Interior Ministry said that Russian forces had captured two villages in the Luhansk region. 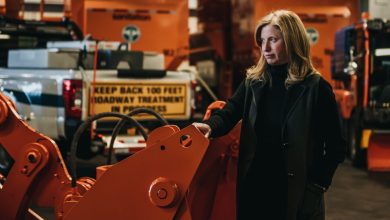 The Rats Are Absolutely Going to Hate the New Sanitation Commissioner

Why Is Everyone Going to the Dominican Republic?