LVIV, Ukraine — After an airstrike leveled a shopping center in central Ukraine this week, attention once again turned to the large human cost of the war far from the battlefield.

But across the country, civilian deaths are also mounting slowly, day by day, in smaller-scale attacks that claim handfuls of lives. Even in cities and towns away from the war’s fiercest fighting, civilian casualties have continued to steadily tick upward.

“They might be going for military structures, but they are mostly hitting civilian infrastructure,” Vitaly Kim, the governor of the Mykolaiv region of southern Ukraine, said in a news briefing Wednesday. “I think they are trying to frighten the local population and demoralize our military.”

Russian officials have repeatedly defended their actions in Ukraine, saying that their strikes focus on military infrastructure, but they have increasingly destroyed civilian sites.

On Wednesday, at least four people were killed in an early-morning missile strike in Mykolaiv, Mr. Kim said, after a direct hit on a five-story apartment building, according to the local authorities.

A photo released by the State Emergency Service of Ukraine showed damage to a residential building hit in a Russian military strike in Mykolaiv on Wednesday.Credit…via Reuters

Another five people were injured in the attack, and a search and rescue operation was underway. A day earlier, shelling in the nearby city of Ochakiv killed three people, including a 6-year-old girl. A 3-month-old infant was also fighting for life in a hospital.

“It is not at all safe,” Mr. Kim said of the situation for the 250,000 civilians in Mykolaiv, noting safety had deteriorated significantly in the last three weeks. “We cannot calculate where the enemy might strike. They are not keeping to any norms of combat, and they are hitting civilian objects all the time.”

On Wednesday morning, rescuers were also digging through rubble in the central Ukrainian city of Dnipro, where missiles struck a gas station and an industrial complex a day earlier.

Mykola Lukashuk, the head of the Dnipropetrovsk Regional Council, said in a post on the Telegram app that two missiles had hit the city on Tuesday. One damaged dozens of cars and the area around the gas station and car repair shop, and another destroyed some structures at the industrial complex.

Two people were killed and three others were injured by Russian shelling of communities in the Sumy region in northeastern Ukraine on Tuesday, according to Dmytro Zhyvytskyi, the governor of the region. And one person was killed in shelling in Donetsk, local officials said.

Two civilians were killed and at least others were six wounded in attacks in the Kharkiv region, when shells hit a residential building and a business. Kharkiv, Ukraine’s second largest city, is 25 miles from the Russian border. But the region’s governor, Oleh Synehubov, said there was currently no plan to evacuate civilians.

“We believe such an evacuation would only be necessary if the city of Kharkiv was being stormed,” Mr. Synehubov said in an interview broadcast on Ukrainian television.

1972: Millions of Workers Strike in Italy

From the U.S. to China: A 3-Month Quarantine Horror Story 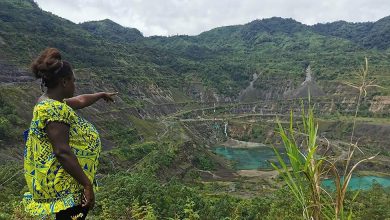 ‘Important Step’ Toward Addressing Toxic Legacy of Huge Mine

Living Side by Side, Ukrainian and Russian Sailors Are Tested by War