Pakistani officials have introduced a series of tough new coronavirus restrictions — including barring anyone not fully vaccinated from entering mosques for prayer — after recording the country’s highest known daily number of new cases since the pandemic began.

The government banned indoor gatherings, including weddings, and ordered schools to be closed and contact sports canceled in any district where the test positivity rate exceeded 10 percent, a threshold that much of the country of 220 million has surpassed.

According to Center for Systems Science and Engineering at Johns Hopkins University, the nation has averaged 6,208 new cases a day. On Friday, the country recorded 7,678 new cases, its largest known tally since the Covid-19 pandemic began. But public health experts say that total is likely an undercount.

About 78 million people, about 36 percent of the population, have received two vaccine doses, according to government data. The government has taken stern measures — such as threatening to shut off cellphone service, hold back salaries, and prevent air travel — to increase vaccination numbers in face of widespread hesitancy.

The requirements for mosques also include mandatory masks and six feet distance during prayer. When the government tried to impose similar measures last year, the resistance became violent on several occasions. In April, worshipers in Karachi pelted police vehicles with stones and attacked officers as they attempted to block them from entering mosques.

“The government should focus on fulfilling its responsibility to vaccinate the people instead of deciding who will enter the mosques for praying and who would not,” said Qari Muhammad Usman, a religious leader in Karachi. “Preachers at mosques will not stop worshipers from coming to mosques because avoiding them would only invite God’s wrath at a time when people need his mercy.”

Nearly 1 in 4 hospitals treating Covid in Afghanistan have shut down, the W.H.O. warns.

The Hunt Is On for ‘War Trophies’ in Ukraine 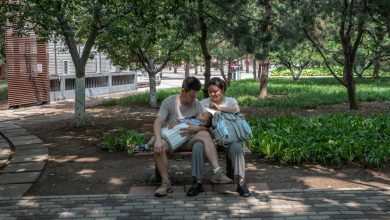 Why China’s Shrinking Population Is Cause for Alarm 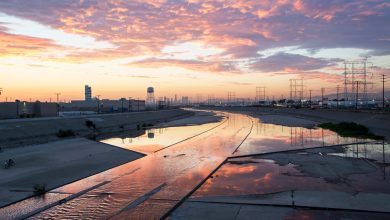 Exploring a Plan to Remake the L.A. River