The past few weeks have brought heartening signs that classical music is coming back to New York after the devastating pandemic closures of the past year and a half. The Metropolitan Opera reopened the doors for an inspiring performance of Verdi’s Requiem on Sept. 11. The New York Philharmonic inaugurated its new season last week.

On Monday evening a much more modest, but no less meaningful, return took place when the tenor Paul Appleby and the pianist Conor Hanick presented a song recital in the elegantly intimate Board of Officers Room at the Park Avenue Armory.

Just over 90 people, a near-capacity crowd for the salon-like space, attended this intelligent and beautifully performed program of German lieder — lasting two hours, with an intermission, just as concerts generally used to before everything stopped. The program repeats on Wednesday, and two more artist pairs fill out the fall in the space: Will Liverman and Myra Huang next month, and Jamie Barton and Warren Jones in November.

Appleby is best known for opera, including the title role in Stravinsky’s “The Rake’s Progress” and David in Wagner’s “Die Meistersinger von Nürnberg,” which he sings next month at the Met. Yet he has long been devoted to the song literature, including many new and recent works.

This Armory program arose from his desire to pair two song cycles, Beethoven’s “An die ferne Geliebte” and Berg’s “Altenberg Lieder” — both of which, as he wrote in program notes, “address ways of coping with unfulfilled wishes, with dreams that did not come true.” To place these cycles in context, he performed selected songs by Schumann and Schubert that also grapple with loss and pain and offer coping mechanisms — including, as Appleby put it, “numb nihilism.”

Both cycles were historically momentous. Beethoven’s set of six songs, from 1816, offered a template for the 19th-century German song cycle. The poems, by Alois Jeitteles, present a protagonist thinking of his lost home, his distant beloved, his unfulfilled love. The songs flow from one to the next, giving the cycle the sense of a unified, if episodic, narrative. Appleby sang the tender pieces with warmth and heartache, and brought almost eerie vitality to moments of heady nostalgia. Hanick, a brilliant pianist more often heard in thorny contemporary scores, played with crispness, nuance and grace.

Berg’s 1912 work, which sets five short texts by the German writer Peter Altenberg, was originally written for mezzo-soprano and lush orchestra. The public reaction when two of the songs were introduced at a concert in Vienna was so hostile that their aggrieved composer never had them performed again. But the work pointed the way to a new 20th-century musical language. Appleby and Hanick performed a version with a piano reduction that allowed the tenor — with a relatively lighter, lyric voice — to bring out subtleties in the vocal lines. And Hanick’s playing was a revelation of clarity and bite.

There were lovely accounts of all the Schubert and Schumann works. I was especially gratified to hear these artists call attention to little-heard songs from Schumann’s later years, like the dreamy “An den Mond,” which opened the wonderful program, and the autumnal, harmonically tart “Abendlied,” which ended it.

A Maestro and His Musicians Face Scrutiny Over Ties to Russia 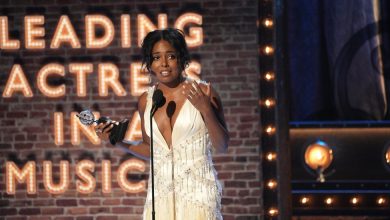 ‘Room’ Will Be Staged on Broadway, Starring Adrienne Warren 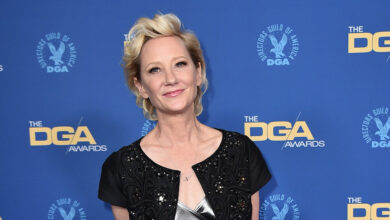 Review: In ‘A Kid Like Rishi,’ Hazy Uncertainty Shrouds a Teen’s Killing