One by one, the name-brand news anchors filed in: Wolf Blitzer, Jake Tapper, Dana Bash and some two dozen of their CNN colleagues, dejected, confused and ready to pounce.

Their quarry was Jason Kilar, the Hollywood-based WarnerMedia chief executive, who had flown in for an emergency meeting on the ninth floor of CNN’s Washington bureau by Union Station.

It was just hours after Jeff Zucker, CNN’s longtime president and a mentor to many of the stars in the room, had stunned his network by resigning at Mr. Kilar’s behest. Mr. Zucker admitted he had violated corporate policy by failing to disclose a romantic relationship with Allison Gollust, a close colleague.

Ms. Bash summed up the mood, according to a recording made by an attendee that was obtained by The New York Times. “For a lot of us,” she said, “the feeling is that, for Jeff, the punishment didn’t fit the crime.” The anchor Pamela Brown asked if Mr. Kilar’s past tensions with Mr. Zucker had influenced his decision. “Why was it handled this way?” asked the political analyst Gloria Borger.

It was as if a year’s worth of frustrations and pressures had came pouring out: unease over CNN’s corporate ownership; the firing of the anchor Chris Cuomo in an embarrassing ethics scandal; a looming merger with Discovery Inc.; and now the sudden exit of a leader who had remade the network, to some praise and some criticism, over his nine-year tenure.

Mr. Zucker acknowledged his relationship with Ms. Gollust, an executive vice president, as part of an investigation by WarnerMedia into Mr. Cuomo’s tenure. For months, Mr. Zucker had defended Mr. Cuomo, his highest-rated anchor, even after it was revealed he had advised his brother, the former New York governor Andrew M. Cuomo, on fending off a sexual harassment scandal. Lawyers for Mr. Cuomo, who is now in a fight over severance pay, recently raised the subject of Mr. Zucker’s romantic relationship with the network.

A Moment of Change at CNN

On Wednesday, Mr. Tapper asked about the perception that Mr. Cuomo had successfully used Mr. Zucker’s relationship to force him to resign.

“Jeff said we don’t negotiate with terrorists, and Chris blew the place up,” Mr. Tapper said. “How do we get past the perception that this is the bad guy winning?”

“All I can offer you, Jake, is every minute of every day, we’ve got what’s on the screens behind you,” Mr. Kilar replied. “I believe that’s what’s going to define us going forward far more than what’s happened today.”

Mr. Kilar said that WarnerMedia’s investigation into Mr. Cuomo’s tenure was “complete.” He declined to expand on the process that led to Mr. Zucker’s exit, which has further fueled speculation in the newsroom that other factors could have played a role. Those unresolved questions are just one of the hurdles now facing CNN, which is confronting a leadership vacuum and a rapidly declining audience that is abandoning cable television.

All this comes against the backdrop of a corporate mega-merger that is weeks away from regulatory approval, potentially reshaping the fortunes of WarnerMedia, its struggling parent company, AT&T, and celebrity news anchors and high-powered media executives in Manhattan, Hollywood and Dallas.

AT&T has the most at stake. A prompt approval of the Discovery merger by the Justice Department is particularly important to the telecom company, whose foray into the world of news and entertainment with WarnerMedia has gone poorly.

The CNN host Jake Tapper on set in CNN’s studios in Washington.Credit…Greg Kahn for The New York Times

Saddled with $180 billion in debt and a stock price that has lost two-fifths of its value in the last five years, AT&T is eager for regulators to sign off on the deal and unload WarnerMedia from its balance sheet. The deal would generate an estimated $43 billion that the company can use to lighten its debt load.

The past few days have meant a reversal of fortune for Mr. Zucker. He is close friends with David Zaslav, the media titan who is poised to lead the combined WarnerMedia and Discovery company, and his role in the new corporate structure had seemed assured.

Journalists at the network had been monitoring his future carefully, and were taken aback in November, when John C. Malone, Discovery’s largest shareholder and the billionaire chairman of Liberty Media — a conglomerate with stakes in SiriusXM radio, Formula One and the Atlanta Braves — gave an interview to CNBC that was interpreted as a critique of the more sharply opinionated commentary Mr. Zucker had brought to CNN in recent years.

“I would like to see CNN evolve back to the kind of journalism that it started with, and actually have journalists, which would be unique and refreshing,” Mr. Malone told CNBC.

Mr. Zucker’s strategy had been a success during the Trump administration, but the network’s ratings have fallen precipitously since. More recently, Mr. Zucker had been building CNN+, a digital subscription news service scheduled to begin in the next few weeks that represented CNN’s belated gamble on streaming as a way to draw more viewers.

Two of Mr. Zucker’s marquee hires for the streaming service — Chris Wallace, formerly of Fox News, and Kasie Hunt, formerly of MSNBC — attended Mr. Kilar’s session on Wednesday. It was a reminder that CNN+, for which the network has hired 500 new employees, will now go forward without its leader.

Mr. Cuomo in his former office at CNN in New York in 2017.Credit…Krista Schlueter for The New York Times

It has been widely believed in Hollywood and New York that Mr. Kilar would depart WarnerMedia after the merger. He and Mr. Zucker have had a tense relationship since not long after Mr. Kilar ascended to the chief executive role in May 2020.

One of Mr. Kilar’s early moves was to strip Mr. Zucker of oversight of the network’s communications and human resource teams. Mr. Zucker was given a heads-up just moments before the announcement and was furious, and soon after began suggesting he would not renew his contract.

In the months afterward, Mr. Kilar went to great lengths to show how much he wanted Mr. Zucker to stay. “I think it would be great for Jeff to be here for the next 50 years,” Mr. Kilar told The Times in late 2020.

Mr. Zucker stayed on, and Mr. Kilar saw his own fortunes fall after he was kept in the dark by AT&T about the deliberations over the Discovery deal until shortly before it was announced. Until this week, many CNN journalists figured Mr. Kilar, who had barely met the CNN staff because of the pandemic and the frenzy of the 2020 presidential election, was weeks away from disappearing from their lives.

Instead, on Wednesday, Mr. Kilar was holding court in the Washington bureau’s Pennsylvania Avenue conference room, and Mr. Zucker was no longer a CNN employee.

Amid all the corporate intrigue, some journalists and producers at CNN are now wondering what role, if any, Mr. Zaslav, Mr. Kilar and John Stankey, the chief executive of AT&T, played in the decision to oust Mr. Zucker.

The future of the network that Mr. Zaslav expects to inherit could be determined in part by any other revelations about the circumstances of Mr. Zucker’s departure.

Asked on Wednesday by Kaitlan Collins, CNN’s chief White House correspondent, about when he first learned of Mr. Zucker’s romantic relationship with Ms. Gollust — which had been widely rumored in the TV industry — Mr. Kilar said he had been unaware of it until the investigation. 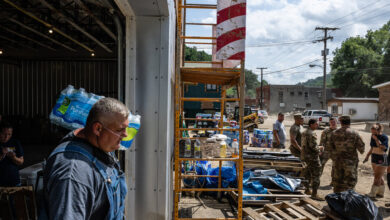 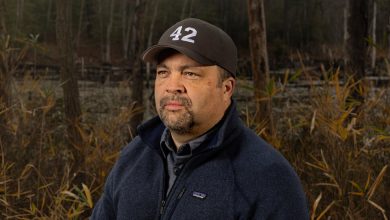 The Sierra Club Tries to Move Past John Muir, George Floyd and #MeToo

Google Vanquished a Rival in Prague. Payback Could Hurt.