The Biden administration has pledged to no longer invoke statements made by a prisoner during his years in C.I.A. custody in his death-penalty proceedings, repudiating an earlier effort to use evidence obtained from torture in a case at Guantánamo Bay.

Last year, the veteran chief prosecutor for war crimes, Brig. Gen. Mark S. Martins, had argued that such evidence could be used in pretrial proceedings, before a jury was chosen. He left the job in September after disagreeing with lawyers for the Biden administration over the pretrial litigation tactic.

Now the Justice Department has rejected that interpretation. A 37-page filing submitted Monday night at the U.S. Court of Appeals for the District of Columbia Circuit said the law governing military commission trials at Guantánamo Bay “prohibits the admission of statements obtained through torture or cruel, inhuman, or degrading treatment at all phases of a military commission.”

The filing, however, did not entirely foreclose the possibility that a future U.S. government might choose to interpret the law that governs military commissions differently, and try to use evidence obtained through torture. Instead, the Justice Department asked the appeals court to step aside and let military judges at Guantánamo Bay decide the question as it comes up.

“If a dispute arises regarding any past orders or any future attempt to admit such statements, the issue should be adjudicated in the first instance, in its specific concrete context, in the military courts below,” the brief said. It was signed by Col. George C. Kraehe, the acting chief prosecutor for military commissions and a former Justice Department lawyer who was recently mobilized to the Army, and Matthew G. Olsen, the assistant attorney general for national security.

Lawyers brought the appeal on behalf of Abd al-Rahim al-Nashiri, a Saudi man who is accused of plotting Al Qaeda’s suicide bombing of the U.S. Navy destroyer Cole off Yemen in 2000. Seventeen U.S. sailors were killed in the attack.

Mr. Nashiri was captured two years later and spent four years in C.I.A. custody, where psychologists working for the agency and other interrogators subjected him to waterboarding, isolation, sleep deprivation and mock execution. His case has been bogged down in pretrial proceedings for a decade as the court tries to deal with the legacy of the torture.

The issue has not arisen in Guantánamo’s better known capital case against five men accused of plotting the Sept. 11, 2001, attacks. But the Nashiri challenge was seen as a test of how civilian courts viewed the limits on the use of evidence derived through torture at the military commissions, the hybrid federal-military court that Congress created to try foreigners on terror and war crimes charges.

The challenge arose out of a classified government filing in the case in March.

In it, prosecutors quoted something that Mr. Nashiri said in 2002 during a particularly brutal C.I.A. interrogation to end his defense team’s quest for information about a 2015 drone strike in Syria that killed another Qaeda figure, Mohsen al-Fadhli.

Mr. Nashiri’s lawyers were exploring a potential defense theory that the United States had already killed plotters of the Cole attack who were more senior and more culpable. The prosecutors asked the judge to end that line of inquiry, pointing to a classified cable that said Mr. Nashiri had told C.I.A. agents as he was being interrogated at a secret prison in Afghanistan that Mr. Fadhli had not been involved.

Defense lawyers said the law prohibited the use of the statement — or any statement by a defendant that was derived from torture or any other cruel, inhuman or degrading treatment — throughout the entire proceedings. Prosecutors argued there was an exception for the period when a judge decided pretrial matters before a military jury was chosen to hear a case.

The military judge, Col. Lanny J. Acosta Jr., agreed with the prosecutors in a ruling dated May 18, 2021, that still stands.

Defense lawyers in the case said Tuesday that they were troubled by the language in the Justice Department filing that left open the possibility of an exception for a future administration, particularly given the longevity of the prosecution. It was originally conceived by the Bush administration and pursued by the Obama administration. It has been subject to long delays caused by both prosecution and defense appeals of rulings by the Guantánamo judges.

“It is a cause for concern,” said Michel Paradis, an appellate lawyer for Mr. Nashiri, who works for the Department of Defense. “The Trump administration took a very different view of torture than the Biden administration does. And this pleading leaves open the discretion to change their position.”

Also of concern, he said, was the government’s disclosure in the filing on Monday night that a war court prosecutor, in a review of 100,000 pages of secret filings, discovered another instance when prosecutors invoked something Mr. Nashiri told the C.I.A. at one of their black sites. It was in a 2014 filing.

Defense lawyers were unaware of the use of the statement from the black sites because, at the national security court, prosecutors can give information to the judge unilaterally in a process that enables them to protect, redact or rephrase classified information. The defense lawyers were weighing on Tuesday whether to seek a more vigorous, independent examination of the 100,000 pages. 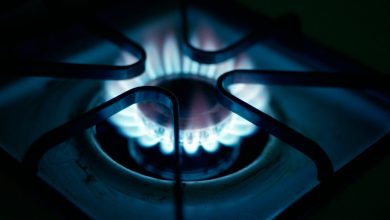 Your Gas Stove May Be Killing You. How Much Should You Worry? 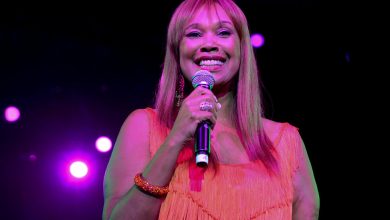 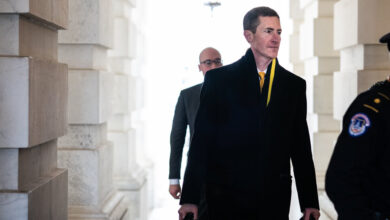