The 2022 midterm election revealed dangerous cracks in the Democratic coalition, despite the fact that the party held the Senate and kept House losses to a minimum.

Turnout fell in a number of key Democratic cities.

The Philadelphia Inquirer reported that the city’s “vote count dropped 33 percent from 2020, more than any other county and the statewide average of 22 percent. It’s not just a 2020 comparison: This year saw a stark divergence between Philly turnout and the rest of the state compared to every federal election since at least 2000.”

The Chicago Board of Election Commissioners reported that turnout of registered voters in 2022 was 46.1 percent, down from 60.67 percent in the previous 2018 midterm.

According to the Board of Elections in Ohio’s Cuyahoga County, which includes Cleveland, turnout fell from 54.5 percent in 2018 to 46.1 percent in 2022.

The drop in turnout was disturbing to Democratic strategists, but so too was the change in sentiment of many of the voters who did show up, as support for the party’s nominees continued to erode among Black, Hispanic and Asian American voters. As the Washington Post reported,

Perhaps most important, the 2022 results revealed that voters did not fully turn against the Republican Party; in fact, Republican House candidates got 3.5 million more votes nationwide than Democrats did, 53.9 million or 51.7 percent of the two-party vote to the Democrats’ 50.4 million or 48.3 percent. This represents just over a 6-point swing in favor of Republicans this year compared with the 2020 House results.

Instead, voters, in the main, turned against the specific candidates endorsed by Donald Trump — candidates who in competitive races backed Trump’s claim that the 2020 election was stolen.

“Candidate quality and the toxicity of former President Trump and the MAGA movement hurt certain Republicans where it mattered most,” wrote Charlie Cook, founder of the Cook Political Report, in “GOP Won the Votes, but Not the Seats,” a Nov. 17 analysis. “Some of these ‘nontraditional’ candidates managed to win over the support of G.O.P. primary voters but were unable to appeal to that narrow slice of voters in the middle of the broader November electorate.”

Two days after the election, Karl Rove, who was the chief political strategist during the administration of George W. Bush, wrote in The Wall Street Journal:

What then are the odds that Republican voters will still nominate Trump?

If they do, Democrats chances of keeping the presidency, retaking the House and holding losses in the Senate to a minimum all improve. If the Republican nominate Ron DeSantis, Glenn Youngkin, Nikki Haley or a dark horse, chances are Democrats will face a tough fight on all fronts in 2024.

While there is general agreement that midterm returns are not reliable predictors of the next presidential election, the 2022 results do not uniformly suggest a weakened national Republican Party.

“Overall, it’s a strange election,” wrote Sean Trende, senior elections analyst at RealClearPolitics, in “What Happened.” “Had you showed any major analyst these results, along with exit poll findings that Biden would be at 44 percent job approval, no one would have expected this outcome.”

Matt Grossmann, a political scientist at Michigan State, noted in an email that

Paul Begala, a Democratic strategist made a similar case by email. “Swing voters in swing states and districts didn’t marry the Democrats; they just dumped the Republicans,” Begala wrote. “In the post-Dobbs environment, extremism is not a theoretical concern anymore. The two most valuable players of this cycle for the Democrats are Sam Alito and Donald Trump. Democrats should send them each a fruit basket.”

“I cannot think of a worse way for the House G.O.P. to introduce themselves as a governing party than braying about investigations into Hunter Biden and Anthony Fauci,” Begala argued. “Their candidates won by promising action on inflation, crime and borders.”

To counter the House Republican agenda,

Data pointing to the vulnerability of the Trump-endorsed Republicans running for federal and state office raises an interesting question: Should Democrats repeat a tactic used successfully this year to lift the chances that Republicans nominate their weakest general election candidate?

Last September, Annie Linskey reported in The Washington Post that Democratic candidates and committees “have spent nearly $19 million across eight states in primaries this year amplifying far-right Republican candidates.” A postelection analysis by Ellen Ioanes of Vox concluded that the strategy “appears to have paid off in the midterm. Six Democratic challengers in races where Democratic organizations donated to extremist Republican candidates have so far won their contests.”

A number of Democratic strategists and scholars, however, firmly rejected continuing the strategy of purposely investing during the Republican primaries in advertising promoting Trump to Republican voters premised on the calculation that Trump would be the easiest to beat of the most likely Republican nominees in the general election.

Both Begala and Celinda Lake, the Democratic pollster, stood firmly opposed. “We should leave this to Republicans to nominate their own Trump,” Lake said by email.

First, “it undermines President Biden’s powerful message that Trump leads a mega-MAGA fanatical fringe that is a clear and present danger to our democracy.” Second, “Trump is still a massive, major force in American politics — especially in the Republican Party. I don’t want Trump anywhere near the White House.” Third, “while I respect the political success of governors like DeSantis, Youngkin, Hogan and Christie, if the Democrats can’t beat them, we don’t deserve the White House.”

Daniel Hopkins, a political scientist at the University of Pennsylvania, was adamant in his opposition to the tactic:

In an email, Hopkins suggested that Democrats should not view the outcome of the 2022 election as a clear victory:

One of Hopkins’s political science colleagues, Matthew Levendusky, noted in an email that

Levendusky pointed out that there “seem to be two trends that might be working against Republicans’ recent advantage in translating votes into seats”:

Sean Trende makes essentially the same point, writing that “Republicans made gains among African Americans, and significant gains among Hispanics” but, with a few exceptions, “these extra votes did not translate to seats. Because the Voting Rights Act requires that these voters be placed into heavily Hispanic/Black districts, which become overwhelmingly Democratic districts, it takes huge shifts in vote performance among these voters to win a district outright, and Republicans aren’t there right now.”

Conversely, “Republicans may be suffering a representational penalty in rural areas similar to the penalty Democrats have suffered in urban districts,” Trende wrote, noting that

Julie Wronski, a political scientist at the University of Mississippi, wrote by email that the election in many respects

For Republicans, Wronski wrote, “appealing to Trump voters without Trump on the ballot may not be a winning strategy. The types of voters who are enthusiastic for Trump do not seem equally enthusiastic for his endorsees.”

In other words, it isn’t just that moderates and independents were scared off by extremist candidates, MAGA voters themselves were not fully animated by their own candidates. The candidate they want is Trump, not a Don Bolduc or a Kari Lake or a Mehmet Oz.

Neither party, in Wronski’s view,

Chris Tausanovitch, a political scientist at U.C.L.A., downplayed the success of the Democrats:

The parties, Tausanovitch continued, “are very evenly matched and this doesn’t look like it is on a path to change quickly. This election was close. I expect the next presidential election to be close as well.” Trump-endorsed candidates, he acknowledged,

Republican Party elites are, in turn, increasingly voicing their concerns over the prospect of a 2024 Trump bid. I asked Ed Goeas, a Republican pollster, what would happen if Trump is the nominee, and he replied by email: “Assuming that the economy is out of the ditch by the end of ’23, I would have to believe a Trump nomination would be devastating.”

In a clear slap at Trump, Gov. Chris Sununu of New Hampshire — the Republican who handily won re-election while Maggie Hassan, the Democratic Senator, beat the Trump protégé Don Bolduc, her Republican challenger — told a Nov. 18 meeting of the Republican Jewish Coalition: “I have a great policy for the Republican Party. Let’s stop supporting crazy, unelectable candidates in our primaries and start getting behind winners that can close the deal in November.”

For two successive presidential elections, Trump has stymied the most ambitious members of his party, and now this group is becoming increasingly assertive. DeSantis, Youngkin, Haley, Mike Pompeo, Josh Hawley, Ted Cruz, Tom Cotton and Mike Pence are engaged in the process of challenging the current occupant of the throne — making national appearances, courting donors, wooing party loyalist and generating media coverage all with an eye on drawing blood. The question is, how vulnerable is Trump?

Earlier this month, Ashley Parker, Josh Dawsey and Michael Scherer reported in the Washington Post that “In private conversations among donors, operatives and other 2024 presidential hopefuls, a growing number of Republicans are trying to seize what they believe may be their best opportunity to sideline Trump and usher in a new generation of party leaders.”

Republicans may be playing with fire.

Whit Ayres, a Republican pollster, told The Washington Post that there are now three key constituencies in the Republican electorate:

If Trump faces two or more serious challengers in the primaries, his 40 percent core support plus whatever he can pick up from the “Maybe Trumpers” would prove to be a major asset, especially in the early contests, which often provide crucial momentum to the front-runner, setting up the scenario sought by Democrats: a Republican presidential nominee whom they believe may have some chance of prevailing in the primaries, but who has little chance of winning in November.

“One of the reasons Trump’s base adores him is that he overcame overwhelming odds — including both party establishments — to win,” Nate Hochman, a staff writer for National Review, tweeted on Nov. 19. “The more Republican elites consolidate against him, the more otherwise persuadable Trump voters are going to remember why they loved him in the first place.”

Democrats could not hope for more.

The Times is committed to publishing a diversity of letters to the editor. We’d like to hear what you think about this or any of our articles. Here are some tips. And here’s our email: letters@nytimes.com.

Tags
Party That This Trump Was

Witty and to the Point, Dole Embodied ‘Shared Values’ in Washington 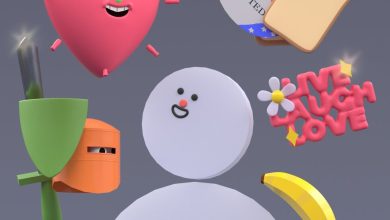 Facebook Is a Freak Show Ghost Town, and I’m Loving It